Orlando holidays are all about fun, excitement and making dreams come true.

Famed for being the theme park capital of the world, Orlando boasts a plethora of thrilling attractions, as well as offering an array of shopping, dining and entertainment venues.

This makes Orlando an ideal choice for families looking to experience the magic of Walt Disney Resort, the fun of Universal Orlando, a world of creativity at Legoland Florida and a whole lot more.

Orlando is also a superb destination for couples, solo travellers and friends, with golf courses and spa facilities aplenty, as well as a fantastic variety of natural attractions to explore.

When it comes to weather, Orlando is located in the heart of the ‘The Sunshine State’ of Florida and is warm all year round. This means you can visit whenever you please.

Destination2 offers a variety of incredible Orlando hotels and resorts. Why not take a look and start planning your 2022/2023 Orlando holiday today? 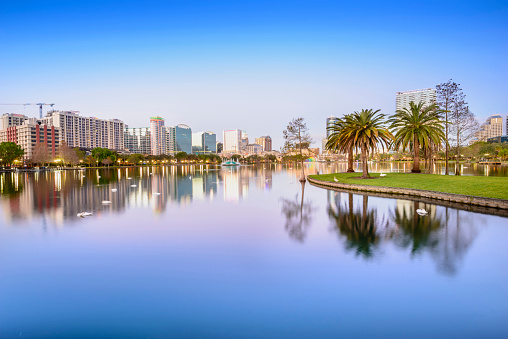 From £429
Browse our range of popular 3 Star Orlando hotels and find the perfect choice for your dream Orlando holiday.
View Details >> 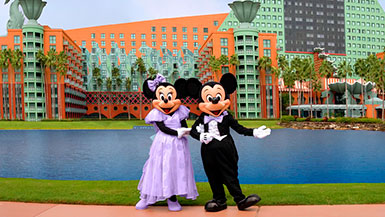 From £569
Check out our selection of 4 Star Orlando hotels and find the perfect choice for your Orlando holiday.
View Details >> 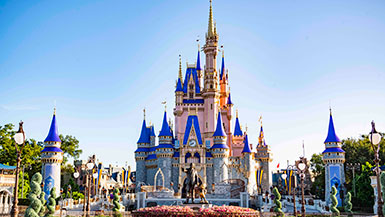 From £869
Discover the perfect 5 star hotel for your dream Orlando holiday. Check our selection of luxury 5 star options.
View Details >>

Holidays to Orlando don’t have to be all about theme parks.

With the Atlantic coast just over an hour’s drive away, this fabulous destination offers visitors the option of enjoying a sun-drenched day at one of Florida’s spectacular beaches.

Among the closet is Cocoa Beach. A great place for surfing, this long stretch of soft white sand also offers some excellent spots for families, with free parking provided in certain areas.

Another option is the vibrant Daytona Beach. As well as soaking up the sun, visitors can enjoy free concerts in the summer, along with plenty of entertainment along the boardwalk.

For a quieter beach experience, you may wish to seek out the shores of St Pete Beach, Clearwater Beach or Tarpon Springs, which are a little further away, on Florida’s west coast.

When it comes to eating out, Orlando serves up plenty of food for thought with a whole host of culinary options to choose from.

Whether you’re seeking a big breakfast, light lunch or relaxed dinner, you’ll find a restaurant for every meal, with dishes to suit absolutely every palate.

As well the fast food favourites the states are famous for, you’ll also find a variety of superb restaurants offering fine fare from all around the globe.

An array of dining venues can be found along International Drive, while an area known as Restaurant Row, on West Sand Lake Road, nearby, offers a host of superb eateries.

Orlando’s culinary scene also has its fair share of celebrity-inspired dining outlets. Among them are Planet Hollywood and Chicken Guy!, featuring dishes from Food Network’s Guy Fieri, and Wolfgang Puck Bar and Grill, where you can enjoy a taste of California in Florida, with meals created by Austrian-American chef Wolfgang Puck.

With so many tantalising dining venues to discover, you definitely won’t go hungry during your holiday of a lifetime in Orlando.

Independence Day – Fireworks at the Fountain

Held annually on Independence Day, the Fireworks at the Fountain event, at Lake Eola Park, celebrates the Declaration of Independence of the United States, on July 4, 1776. As well as a spectacular fireworks display, the festivities also include children’s activities, live music, food and drink.

The south east of America’s largest comic, sci fi, horror, anime and gaming extravaganza takes place annually at different times of the year. The four-day event features a host of attractions and exhibits, with celebrity guests in attendance to meet the thousands of fans, many of who turn up in costumes of the favourite characters.

The Orlando Carnival Downtown takes places annually in May, with three days of colourful festivities, as well as live music, arts, crafts, cuisine and much, much more.

Taking place on around Veterans Day (November 11), the annual parade honours the men and women who have served in the US armed forces. The event features marching bands, serving military personnel, veterans and decorative floats.

Orlando is a great destination to visit any time of year, it's subtropical climate means it is warm year round, although it does get humid in the summer and autumn months with the chances of rainfall increasing. December to April tend to be drier while still offering warm weather.
JAN
FEB
MAR
APR
MAY
JUN
JUL
AUG
SEP
OCT
NOV
DEC
Average Temp

Orlando Locations & Where To Stay

With so many attractions to choose from it can be difficult to decide where to stay on your Orlando holiday. Kissimmee, International Drive and Lake Buena Vista are among the most popular areas to stay given their proximity to the main Orlando attractions such as theme parks. We have a host of hotels and accommodation in these areas, so choose the one that best suits your needs and create your perfect Orlando holiday. 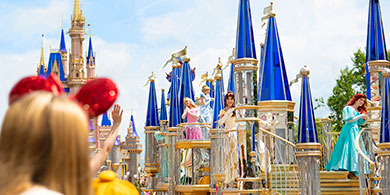 Kissimmee Kissimmee is a sensational place to stay and play during your dream holiday in Florida. Located just south of Orlando, this wonderful destination is perfect for all the family and offers easy access to Walt Disney World Resort, Universal Orlando and much, much more. You’ll also find activities aplenty, great restaurants, and accommodation options to suit all needs and budgets.
Flight & Hotel
£429pp 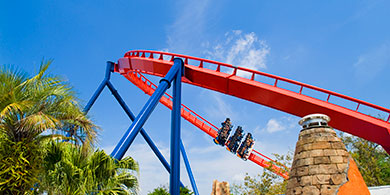 International Drive Holidays International Drive is a prime location for anyone planning an action-packed holiday in Orlando. This incredible destination is at the epicentre of the excitement, close to Universal Orlando Resort and within easy reach of Walt Disney World Resort. International Drive is also a great spot for exceptional entertainment, shopping and dining, while the hotels and resorts on offer put visitors in the right place for the holiday of a lifetime in Florida.
Flight & Hotel
£469pp 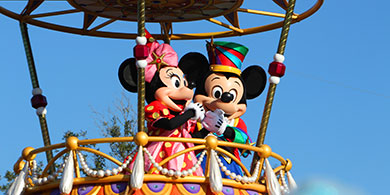 Lake Buena Vista Holidays Lake Buena Vista is an ideal spot for a magical family holiday in Florida. The home of Walt Disney World, it is a destination full of wonder, where dreams come true and long-lasting memories are made. Visitors to Lake Buena Vista will also find incredible entertainment, divine dining and an exceptional choice of accommodation, including a range of enchanting themed Disney hotels and resorts.
Flight & Hotel
£569pp

Orlando offers something for everyone, so find the hotel and holiday that bests suits the holiday type and requirements you are looking for.

Orlando Family Holidays
Family holidays in Orlando are full of spellbinding moments and unbelievable experiences. Perfect for all ages, this exceptional destination is home to Walt Disney World, Universal Orlando and lots more. Every day promises something new, with endless rides and attractions to enjoy, and magical memories to be made. You’ll also find a sensational choice of hotels, resorts and villas, allowing you put yourself at the heart of the action and live out all of your holiday dreams.
View Details >>

Disney Orlando Holidays
Make memories to last a lifetime on a sensational Disney holiday in Orlando. Mickey Mouse and all his friends await your arrival for non-stop fun and excitement, with sensational rides, attractions and entertainment to leave young and old alike completely spellbound. What’s more, for a completely magical experience, you can even check in to a Disney hotel. These special themed retreats are perfect for the whole family, offering special guest perks and complimentary park transportation.
View Details >>

Universal Orlando Holidays
It’s fun, excitement and adventure every step of the way on a Universal Orlando holiday. Memories to cherish forever will be made at the sensational theme parks, waterpark and in the mesmerising surrounds of the spectacular themed hotels and resorts. Don’t wait to experience the many thrills a Universal holiday brings - book your trip of a lifetime today with Destination2.co.uk.
View Details >>

Orlando Villa Holidays
Experience Orlando your way with a luxurious villa holiday. Perfectly located to explore the many delights of Walt Disney World, Universal Orlando and much more, these wonderful fully-furnished homes feature every amenity you could possibly need to relax between theme park adventures. Take your pick from a range of exceptional villas and start looking forward to the holiday of a lifetime in Florida.
View Details >>

Orlando Multicentre HolidaysFrom £469
Enjoy the magic of Orlando, as well as the many sights and attractions waiting to be found in one or more other stateside destinations, during a phenomenal 3, 4 or 5-star multicentre holiday package.
View Details >> 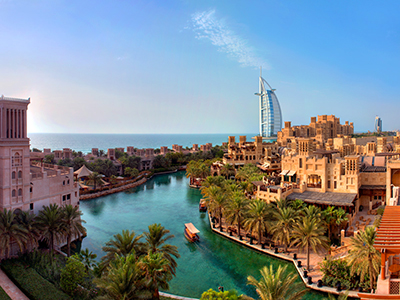 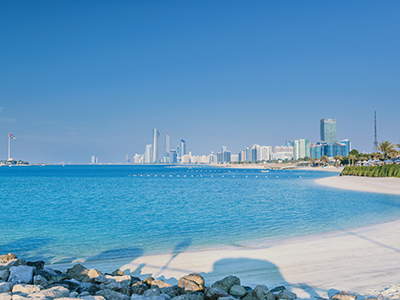 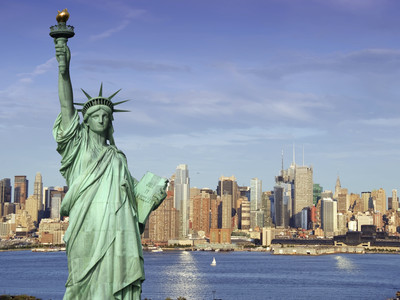 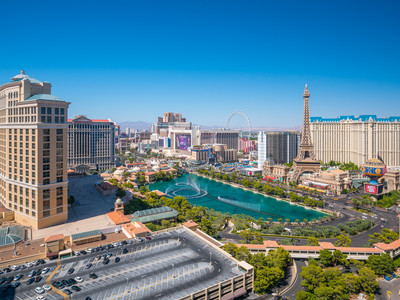