When it comes to bustling cities in Southeast Asia, few compare to the sights, smells and sounds of Bangkok and Kuala Lumpur. Both have the futuristic skyline that you can expect from most Asian cities, as well as traditional marketplaces and street food vendors serving tantalising cuisine around every corner. Both are the perfect combination of East meets West, and both are home to some of the friendliest locals in the world.

It’s true that both Bangkok and Kuala Lumpur are well worth a visit, but which of these two cities comes out on top?

In this article, we’ll explore some of the most exciting aspects of Bangkok and KL, and discover which is the ultimate Southeast Asian metropolis. 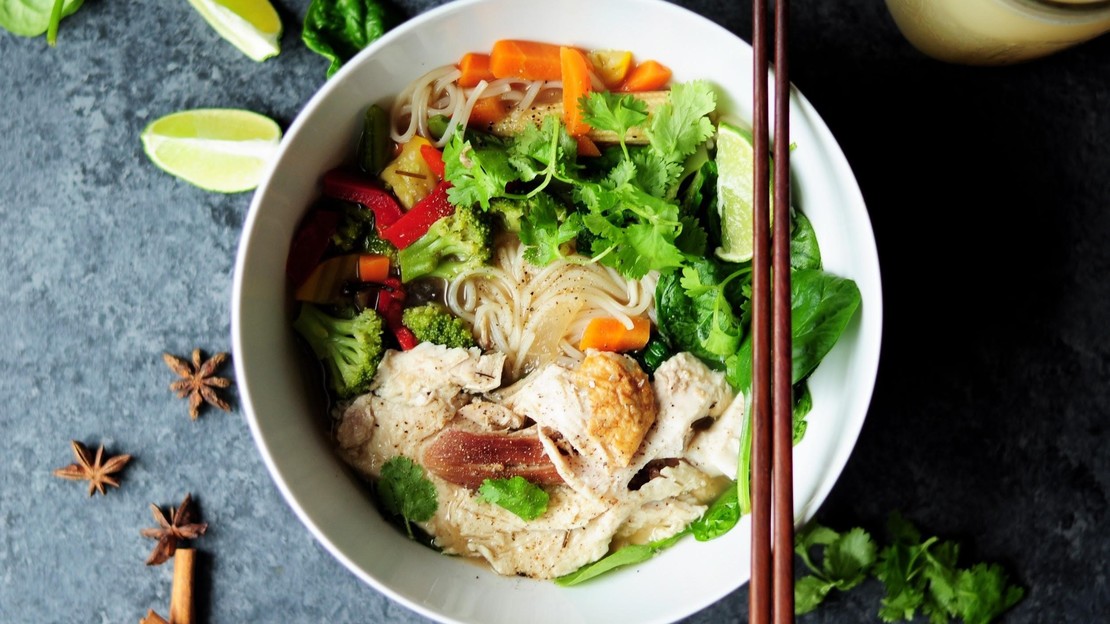 Both Bangkok and Kuala Lumpur have some incredible restaurants, eateries and street food vendors. When it comes to the street food side of things, Bangkok just about comes out on top. Here you’ll find a delicious combination of curried rice, colourful curries and mouth-watering recipes that have been passed down through generations.

Head around 750 miles south to Kuala Lumpur and you’ll be treated to an eclectic mix of Malaysian, Chinese, Thai and Indian dishes - all incredibly tasty!

Restaurant-wise, you’ll have a wide choice of places to sit down and eat in both cities. As both regions are the capitals of their respective countries, you can expect to find a plethora of restaurants to suit all tastes and budgets in both Bangkok and Kuala Lumpur. 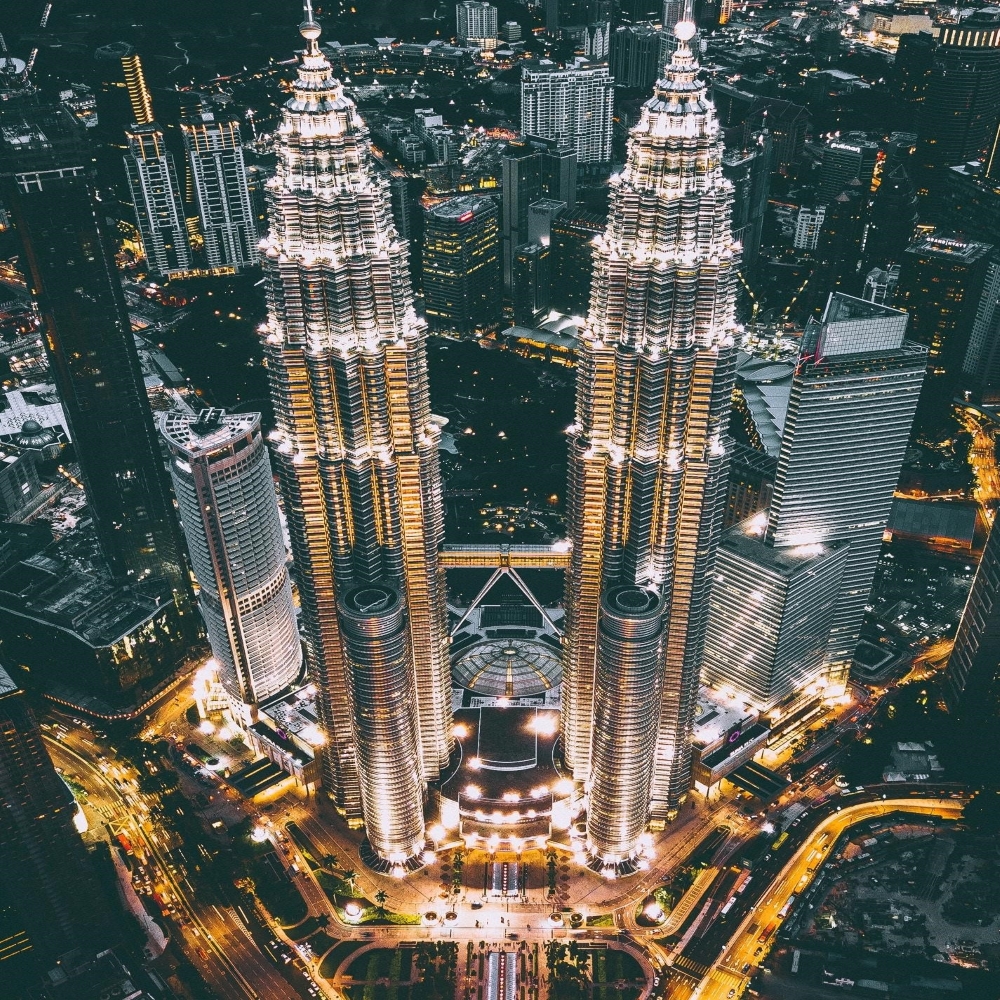 A visit to either one of these cities means that you’ll be able to see some magnificent landmarks. Both cities have a strong heritage, mixed with various influences from other cultures, meaning that they boast a varied selection of fascinating monuments, temples and architecture.

If you’re visiting Kuala Lumpur, you’ll be blown away by the awe-inspiring Petronas Towers. These twin skyscrapers held the record for the tallest buildings in the world from 1998 - 2004, and are a sight to behold. The skyscrapers, along with the Kuala Lumpur Tower, dominate the skyline of KL’s Central Business District, making for a breathtaking view.

For a glimpse into Kuala Lumpur before the cityscape, the Batu Caves are a must-see. This limestone hill is located to the north of the city, and features a series of cave temples. At the entrance is the world’s tallest statue of the Hindu deity, Murugan - standing at 140 feet tall!

When it comes to landmarks, Bangkok is the more traditional of the two cities, with ancient temples and beautiful palaces piercing the skyline alongside the skyscrapers. The Temple of Dawn, or Wat Arun, is an ancient temple that’s perhaps the city’s most recognisable landmark. Built at some point during the time of the Ayutthaya Kingdom, the temple is popular with tourists and is a great place to experience some traditional Thai culture.

Another breathtaking Bangkok landmark is the Temple of the Reclining Buddha. Here you can experience one of the oldest and largest temples in the city, and see the magnificent reclining Buddha - the largest in Thailand.

Both cities feature some of the most prominent landmarks in the whole of Southeast Asia, and it would be impossible to list them all here. 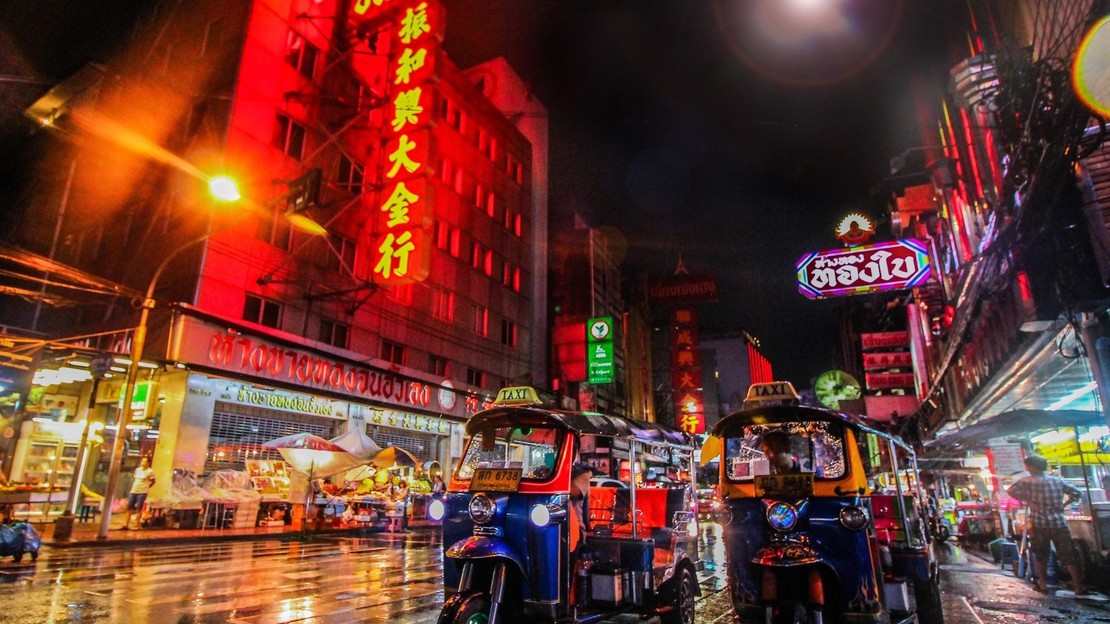 When it comes to hotels, Bangkok and Kuala Lumpur both have their fair share of accommodation, ranging from the cheap and cheerful to the luxurious.

If it’s 5-star luxury you’re after, the Amari Watergate in Bangkok is sure to tick all your boxes. With an outdoor swimming pool and jacuzzi, a gym, beauty salon and a wide selection of suites and guestrooms, this hotel can be your home from home in the city. For a more budget-friendly option, the Bangkok Cha Da Hotel offers 3-star accommodation, a rooftop pool and everything you need to make your Bangkok stay as comfortable as possible.

Over in Kuala Lumpur there’s the Ritz-Carlton - an elegant five star hotel right in the heart of the city. This beautiful hotel has everything you can expect from a luxury establishment, including a swimming pool, fitness centre, spa and selection of restaurants. For an option that’s a bit easier on the purse strings, consider the Quality Hotel. This city centre hotel has a selection of comfortable guestrooms, as well as a large pool to cool off in in the Malaysian heat.

We couldn’t possibly call this one. Both Bangkok and Kuala Lumpur are wonderful cities, each with a good helping of traditional culture blended with modern city life. Why not book a multicentre holiday and see both countries for yourself?