Movie Miles - which blockbuster franchise racks up the most air miles?

We all know that the movie business is all about globetrotting. From flitting between coasts for premieres to travelling around the world for press junkets and photo ops, there’s a lot of flying involved. But what about the actual production process?

Real world locations from the Maldives to Mexico have stood in for the destinations we’ve been transported to on the silver screen - including Hoth, Hala and Hogwarts. ? 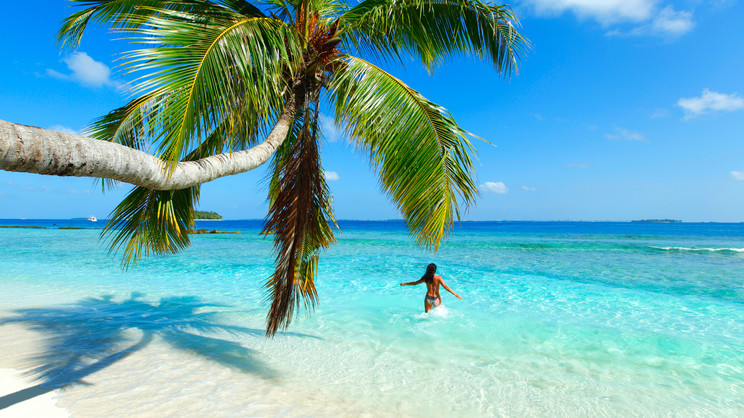 We looked at films from some of the biggest franchises of all time:

Between James Bond’s globetrotting, Marvel’s multiverses, supercar roadtrips, journeys on the Death Star and trips to Hogwarts and back… there certainly was a lot of travelling to consider. So, which iconic film franchise has the most miles? 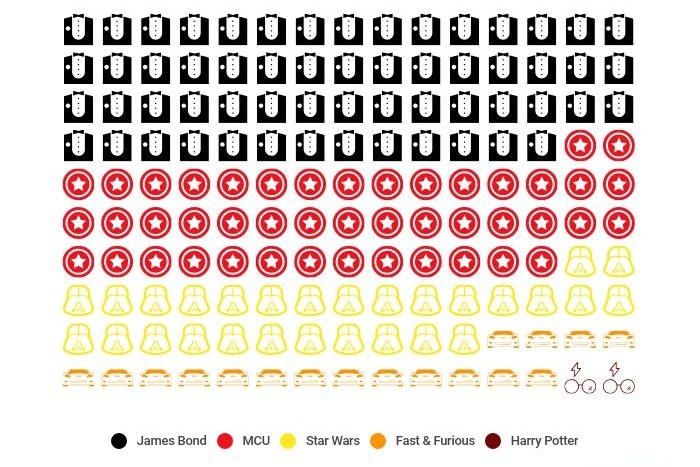 “Oh, I travel - a sort of licenced troubleshooter,” said Sean Connery in Thunderball; and sure enough, Mr Bond certainly does travel. The James Bond franchise has flown the greatest number of miles (208,456), topping the MCU’s 161,032. Despite having to travel to a galaxy far, far away, the Star Wars crew haven’t (yet) racked up the biggest travel footprint, coming in third with 99,928 miles ahead of Fast and the Furious (62,300) and the Harry Potter films (5,149). Adding up the total mileage over the five franchises gives a grand total of 536,865 miles - which is actually just about enough to get to the moon (or maybe Tatooine) and back.

007’s mammoth flight list doesn’t include journeys to filming locations for the upcoming new Bond film No Time to Die, which would increase the tally even more - with locations for Daniel Craig’s final Bond appearance including Jamaica, Norway, the Faroe Islands and Italy. The count - including films spanning five decades of releases - does, however, include places from Tangier to Tuscany, Macau to Monte Carlo and Baku to Bedfordshire. In total, from Dr. No (1963) through to Spectre (2015), the Bond movie machine has visited an incredible 42 different countries all around the world. 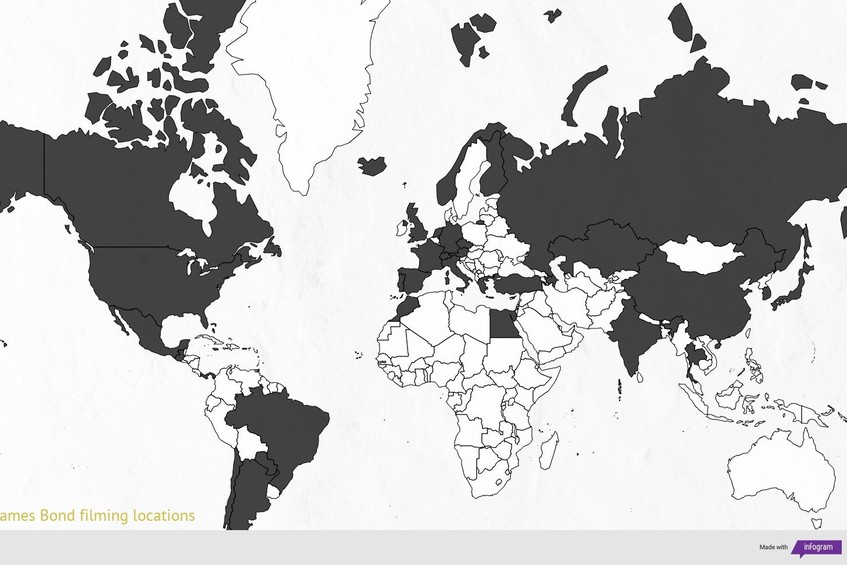 Of all the currently released Bond films, 2002’s Die Another Die had the longest travel log, with a whopping 15,768 miles tallied just in a one-way trip between locations. Pierce Brosnan’s swansong as 007 included a trip (west to east) from Hawaii to South Korea, stopping at places including Iceland, Wales, Spain and Norway along the way. The Bond flick with the smallest amount of air travel is 1969’s On Her Majesty’s Secret Service, famous for being George Lazenby’s one and only outing as 007.

Overall, the Bond location list includes plenty of destinations topping 2022 holiday ideas lists - including Mexico, Hawaii, Turkey, Spain, the Swiss Alps and Greece . Perhaps unsurprisingly, the most common filming location across the Bond universe is England, with Buckinghamshire’s Pinewood Studios even boasting the famous ‘007 Stage’. Locations in the USA have appeared 18 times across the spy capers, while France’s mountains and golden coastlines have featured on a dozen occasions. Adding the carbon emissions for each film together gives a footprint score of 27,325 for the Bond franchise. So, assuming the median offsetting rate of 26.6kg CO2 per tree, the carbon footprint of the James Bond journey would require around 1,027 trees to offset. That’s quite a significant forest - and one that wouldn’t look out of place as a setting for a future Bond chase scene.

You might not think the places James Bond and Harry Potter hang out have a lot in common, but looking at the top five franchises as a whole, a few worldwide locations stick out as particularly big screen-friendly.

51 different countries have appeared across all 76 titles, with some featuring fairly frequently. The top performing franchise countries are England (46 credits), USA (39), Scotland (14), Italy (11) and Switzerland (8). Of these, only England and Scotland appear in all five top franchises.

The top franchise locations provide some real holiday inspiration for movie buffs, with lots of the most wished-for bucket list destinations - including the Bahamas and Spain - making the top 10 list. Looking for other travel ideas for movie buffs? Try the Maldives, which stood in for Planet Scarif in Rogue One: A Star Wars Story. Abu Dhabi holidays are another option for cinephiles, since the city has appeared in both the Star Wars and Fast and the Furious franchises.

Book yourself a 2022 holiday and you might just end up an extra in the background of an upcoming blockbuster...

Looking for a blockbuster holiday of your own? Head to our page to find the best deals on a range of A-list locations.

Franchises were chosen based on the Box Office totals according to The Numbers. We omitted Avengers (part of the MCU) and Spider-Man (too many reboots to get a fair number, and recent films in MCU). From there, we made a list of filming locations for each and every film in the franchise, and created a flight path for each - a one-way trip flying from west to east. To calculate our star-worthy flight itineraries, we used the filming locations listed on IMDB and calculated mileage and carbon footprint (CO2 kg). For our research, where necessary we used a country/region’s largest airport - e.g filming locations in England were calculated as journeys to London Heathrow. Only titles released at the time of our research were included, and only those officially considered canon - for example, Casino Royale (1967) and Never Say Never Again (1983) were excluded from the list of Bond films. To get a rough carbon emission figure for each franchise, we totaled the footprints of each one-way trip for every film. Of course, this is simplifying the journey by creating a single one-way trip, and not accounting for any other journeys, passengers or transport types. This approximate carbon calculation also doesn’t include lots of other travel involved - like the exhaust fumes from all those supercars in the Fast and the Furious franchise, for example, let alone additional flights and journeys between smaller locations. According to Encon, an independent agency specialising in sustainability, the CO2 offset rate is 21.77-31.5kg CO2/tree, so we used a median rate of 26.6kg/tree for our calculations.
Tags