HOLIDAYS IN DUBAI DURING RAMADAN - WHAT YOU NEED TO KNOW

If you think dazzling Dubai is a no-go destination during Ramadan – the most sacred time of the year in the Muslim calendar – then you should think again. 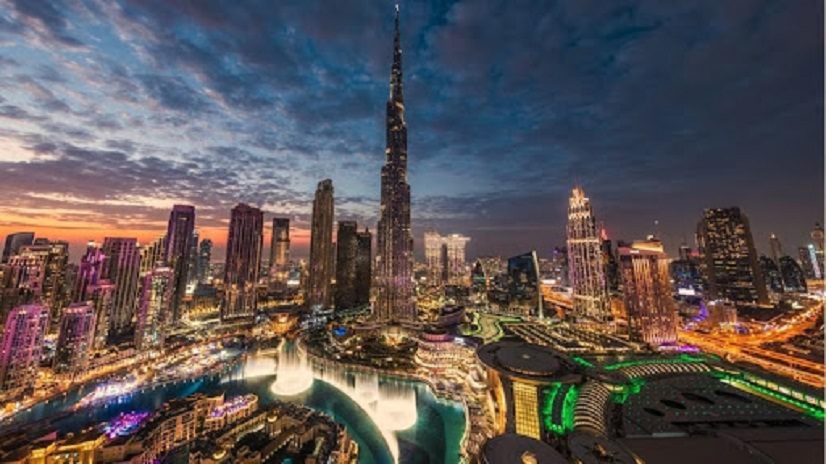 The spectacular city of superlatives is very much open for business during Ramadan – this holy month is actually a wonderful time to visit Dubai and offers the chance to fully experience the emirate's spiritual tradition and culture.

Expect traditional feasts, community events, shopping deals and family activities, with the city really bursting into life in the evenings.

What is Ramadan and why is it so important to Muslims?

Ramadan is the ninth month of the Islamic calendar when Muslims abstain from eating, drinking or smoking from dawn till dusk, for 29 or 30 days, from one sighting of the crescent moon to the next. 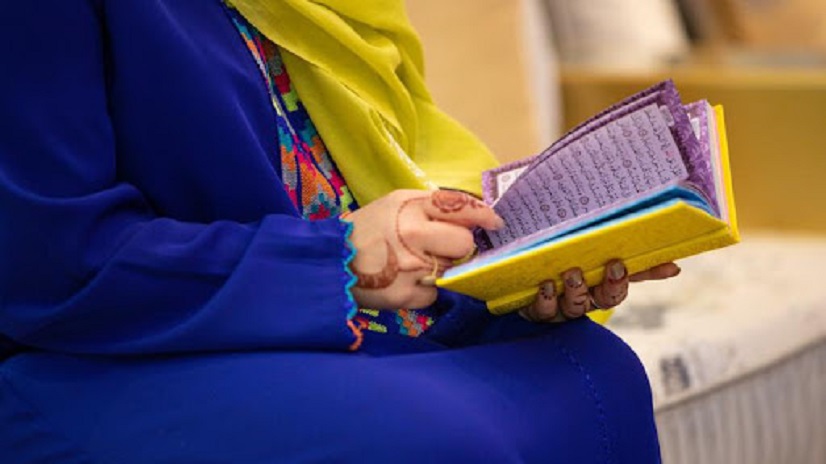 Fasting is one of the five pillars of Islam, which are the foundation of the religion and framework by which Muslims everywhere live. Some Muslims are exempt from fasting during Ramadan, including young children, pregnant or breastfeeding women and those who are ill.

Muslims believe Ramadan is the time of year when the first verses of the Koran (the Islamic holy book) were revealed to the Prophet Muhammad.

It's a time to cleanse past sins through prayer, reflection, good deeds and religious devotion to Allah. Extra tarawih prayers are performed at the mosque during Ramadan and each evening one thirtieth of the holy book is recited.

There’s a misconception among some people that Ramadan is about deprivation, but in Islam it’s often a time to spend with the family, breaking fast at sunset over iftar, the main meal of the day.

How should you greet someone in Dubai during Ramadan?

The spiritual nature of Ramadan makes it inappropriate to use a 'happy holidays' greeting or similar.

The most commonly-accepted greetings during the month are Ramadan Mubarak (blessed Ramadan) and Ramadan Kareem (generous Ramadan).

Do I need to do anything differently during the day during Ramadan?

Even those who aren’t fasting should dress and behave appropriately during Ramadan, ensuring their clothes are modest, covering their shoulders, chest and knees.

If you are staying at a Dubai resort, you will have no issue wearing your swimwear in the appropriate areas of the hotel, as you would during any other time of year.

Can non-Muslims join in iftar after sunset?

Many hotels and resorts host tantalising feasts during Ramadan and invite all guests to join in the festivities. 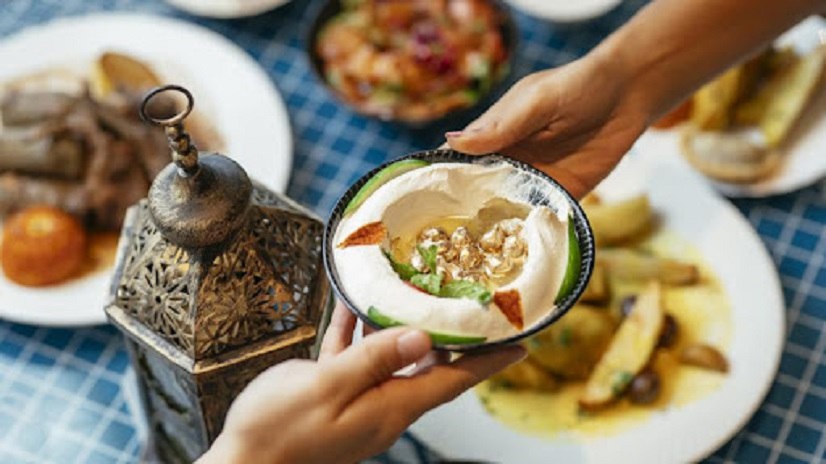 An iftar meal or banquet will feature mouth-watering dishes and mezze from all over the Middle East, including falafel, halloumi, hummus, lamb kofta kebabs and shawarma.

Iftar desserts are likely to include luqaimat, a kind of sweet deep-fried dumpling smothered in date syrup and baklava, a sweet and sticky favourite, made of filo pastry, syrup and chopped nuts.

Are Dubai’s shopping malls and boutiques open during Ramadan?

Most things in Dubai tend to happen much later in the day during Ramadan, with the city's shopping malls closing even later than usual at 1am. 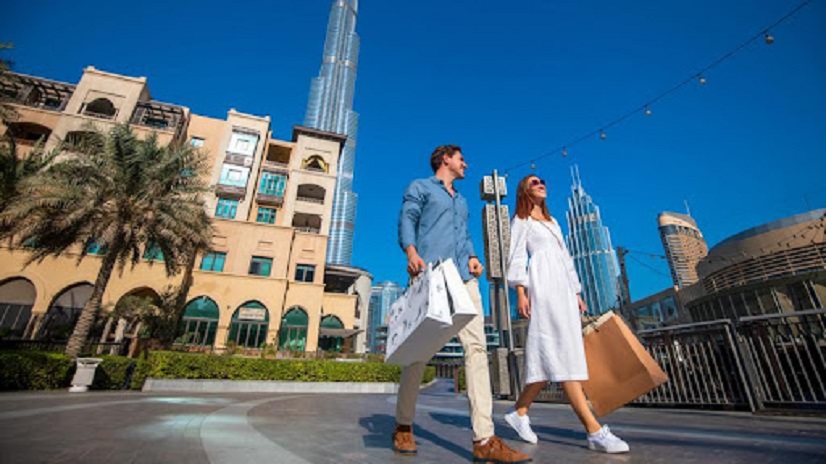 Some of the city's smaller businesses and boutiques may opt to close during daylight hours and re-open after sunset during Ramadan.

Shopaholics will be able to snap up plenty of bargains during this special time of year, with many of the glitzy boutiques and outlets in the malls running special sales, deals and promotions for Ramadan.

Can visitors still dine and drink during the day in Dubai during Ramadan?

There are plenty of dining options available for non-Muslims, children and the elderly during the day during Ramadan, providing they are indoors and not outdoors.

Most hotels and major shopping centres, including The Dubai Mall and Mall of the Emirates, continue to operate their food courts, restaurants and cafes, with some setting special prices throughout Ramadan.

Many restaurants and cafes in the city also serve breakfast and lunch during the day. The concierge at your hotel should be able to offer nearby recommendations if you are not dining at your resort.

Eating and drinking outdoors in public and in cars during Ramadan should definitely be avoided, as should smoking and chewing gum. You can do as you please in the privacy of your own hotel room.

Visitors over the age of 21 are allowed to drink alcohol in Dubai in designated areas such as licensed bars and restaurants, and in your hotel rooms. You should ask your hotel concierge for advice on where you can eat and drink.

Most of the city’s bars are open during Ramadan, although most nightclubs will be closed. Many bars will still be vibrant and atmospheric, with some music, but not live music.

Do note that drinking in public or exhibiting drunken behaviour is illegal at all times.

The city’s popular tourist sights remain open to the public, including the theme parks, galleries and museums, although there may be small modifications and alternative hours. The Dubai Fountain's midday show, for example, does not run during Ramadan, but continues as usual after dusk. 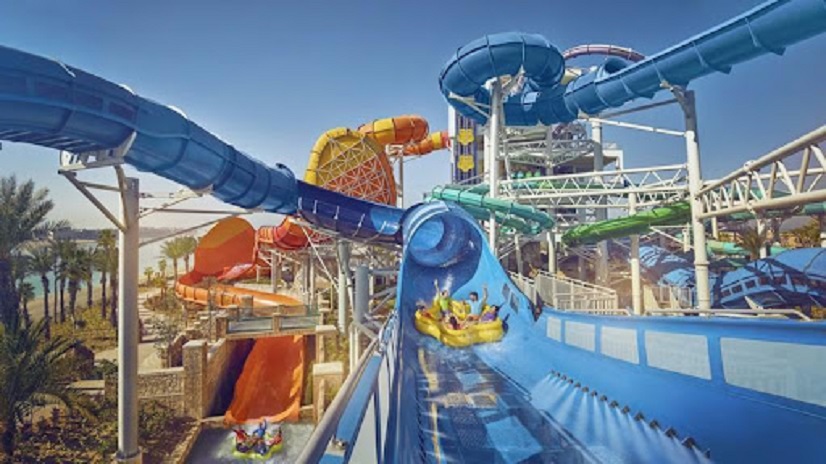 It is a good idea to visit the websites of Dubai’s main landmarks and attractions you plan to visit, such as the Atlantis Aquaventure Water Park, Burj Khalifa, The Dubai Frame or Qurantic Park, to confirm their opening hours during Ramadan.

Can you drink alcohol in Dubai during Ramadan?

Drinking alcohol in public is never permitted in Dubai - whether or not it is Ramadan - and exhibiting drunken behaviour is illegal too. Visitors and tourists over the age of 21, however, are allowed to drink alcohol in Dubai in certain designated areas, including hotel bars and restaurants.

You are also permitted to have alcoholic drinks in your hotel room during the day or visit permitted bars and restaurants. You should ask your hotel concierge for advice on where you can eat and drink.

Most of the city’s bars are open during Ramadan, although most nightclubs will be closed. Many bars will still be vibrant and atmospheric, with some music, but not live music.

What are the arrangements for public transport during Ramadan?

The schedules for each of these services can be obtained prior to Ramadan each year from The Road and Transport Authority (RTA), the operator of the entire public transportation network in the city.

Jet off for a fabulous holiday during Ramadan in magical Dubai. Book your getaway today with Destination2.co.uk.