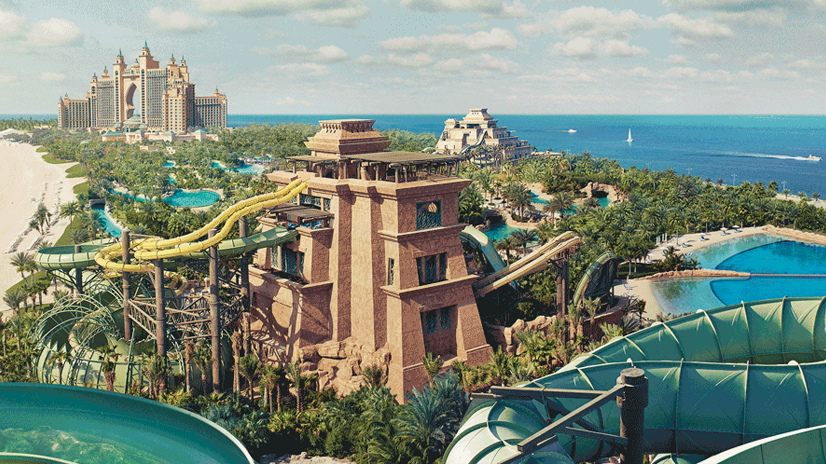 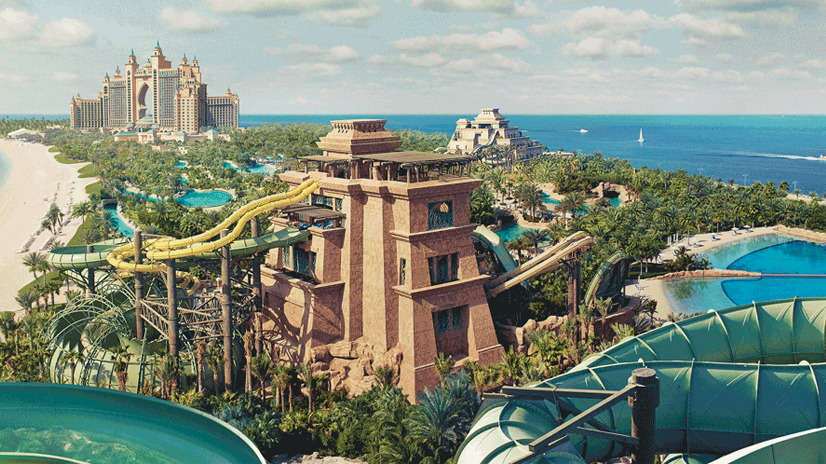 The ‘Aquaventure WaterPark’ which is inside the Atlantis Hotel is amazing and wasn’t only the best trip I went on when I went to Dubai but it was the best water park I’ve ever been to! You didn’t need to stress about where to put your things as there were lockers that were available to all visitors, there were also sunbeds available for when you need a quick food stop or sunbathing session. It was so cool that there was a ‘Lazy river’ which you were able to hop in and out of instead of walking everywhere which would’ve just been a huge blag as there are so many different parts to the park. 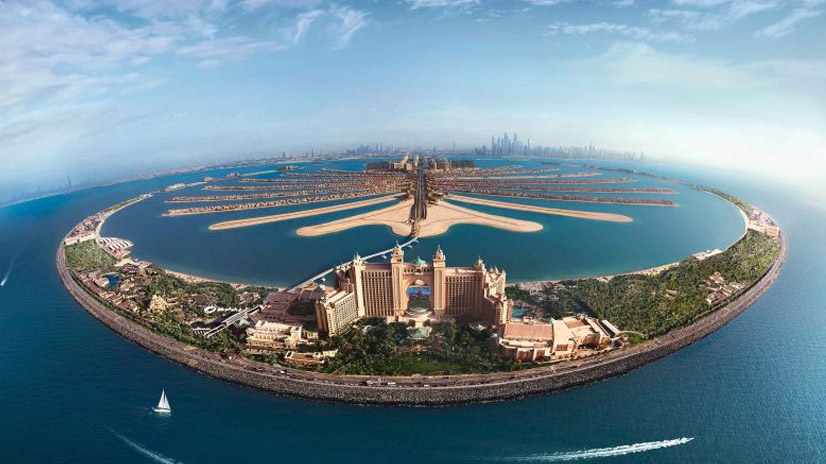 There were lifeguards filled around the park who were all really nice and gave me a huge confidence boost if I was scared to go down some of the more dare devil rides like ‘The Leap Of Faith and ‘Poseidon’s Revenge‘ (which you can see on the photos I have posted). I’m so glad I didn’t chicken out of these rides as I know I would’ve regretted it so much! They were amazing! Me and my boyfriend got so many amazing videos on his Go Pro, so if you have one, this is the perfect opportunity to take some sick videos. Don’t worry if you don’t though because Aquaventure sell them for rent as soon as you walk in! My favourite ride was probably ‘Poseidon’s Revenge ‘ where you’re stood on a plank of wood then the door closes on you (everyone is watching) and there is so much tension and you feel as though you have lost your heart for a few seconds after dropping down into a fast tube full of water. 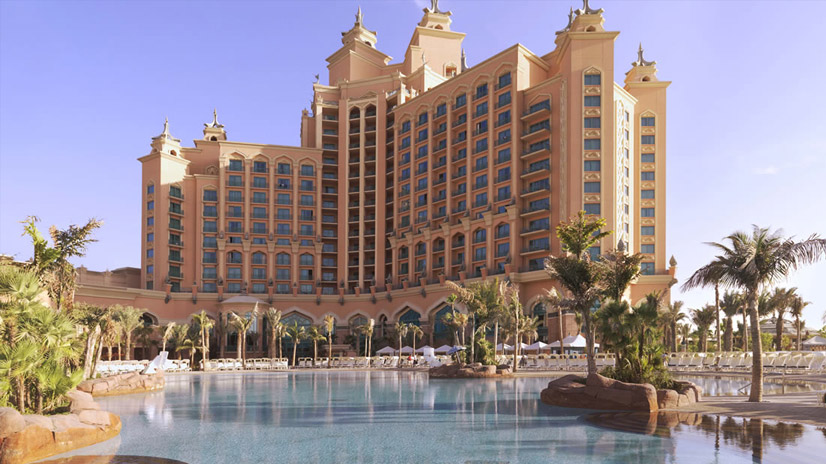 It was just epic and one of the most extreme rides I went on. But the other extreme ride was just as epic called ‘The Leap Of Faith ‘where you could see all over Dubai including the Burj Al Arab. It felt about 100 buildings tall and was so fast, it is Aquaventure’s famous ride and you can’t leave without completing it. Plus, after you go on it you feel like a complete boss and you just want to tell everyone what you have just done. To prove to all my friends and family that I actually did it, I bought myself a photograph which I’m going to keep forever. They take photos on every ride and you can just scan your wristband instead of having lots of tickets which you’ll lose, I found this really cool because at the end of the day I got to see myself on every ride and pick which memories I wanted to keep for myself. Also the family rides were pretty good, especially ‘Aquaconda‘ as there was a huge ring where your whole family can fit on and it was hilarious seeing people like my Dad fear for his life! Overall Aquaventure is something you need to do if you’re staying anywhere around or in Dubai.

And obviously if you’re lucky enough to stay in the Atlantis itself you can access Aquaventure for free and visit WHENEVER you want which would just make anyone’s holiday 100X better! 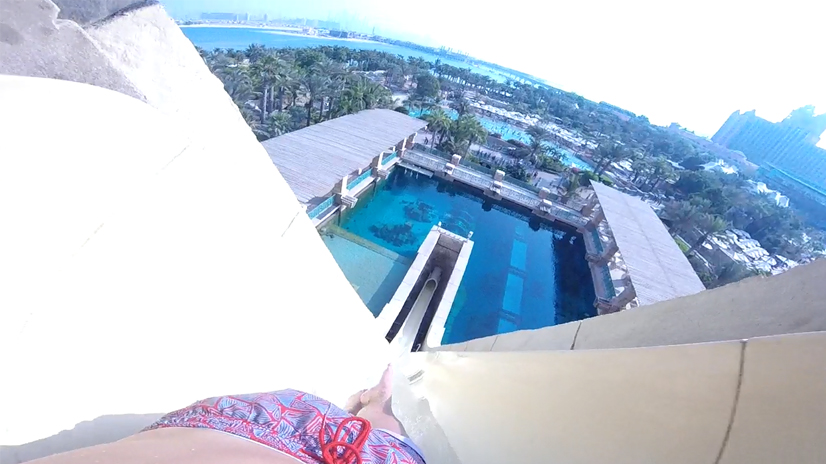 The park was filled with not just day visitors but also Atlantis guests who get in for free. I can say now looking back at my experience that it was a mint day. I will never forget my time and most importantly the rides! After being to many water parks, I have never been on a ride such as the Leap Of Faith! … the view from the top of the ride was second to none and I can still remember seeing this panoramic view of Dubai. 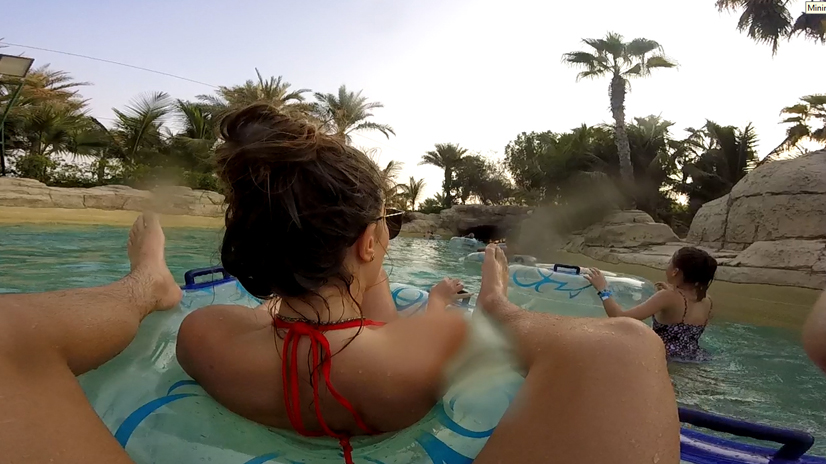 I will always cherish the GoPro video I took on the ride and talking about GoPro's, it's a must have when visiting Atlantis!

Atlantis has many rides which offer thrill and adrenaline but I was very impressed with the lazy river. As the name suggests it does offer a lazy trip around the park but this river has many hidden secrets.

I was very surprised on my first trip round when my rubber ring began to pick up speed, before realising what was going to happen a lifeguard directed down some rapids. There is not just one of these white water surprises but many more.

Poseidon's Fury was one ride that I definitely won't forget, this is due to it giving me one of the best rides of my life. The way the floor disappeared gave a huge drop feeling in my stomach which I became addicted too, as I went on the ride 3 times. Also the Anaconda Ride was awesome. - definitely something you must go on!

Looking back on my sick day at the Atlantis, I was so surprised of how grand and amazing it all was. When leaving I remember feeling very jealous of all the current guests at the Atlantis Hotel as I wished I could repeat the day all over again. It’s a must do in Dubai for any child, teen or even adult!