Immerse yourself in the holiday adventure of a lifetime in exotic Egypt, a magical sun-kissed destination which is home to awe-inspiring beauty, wonder and mystery. 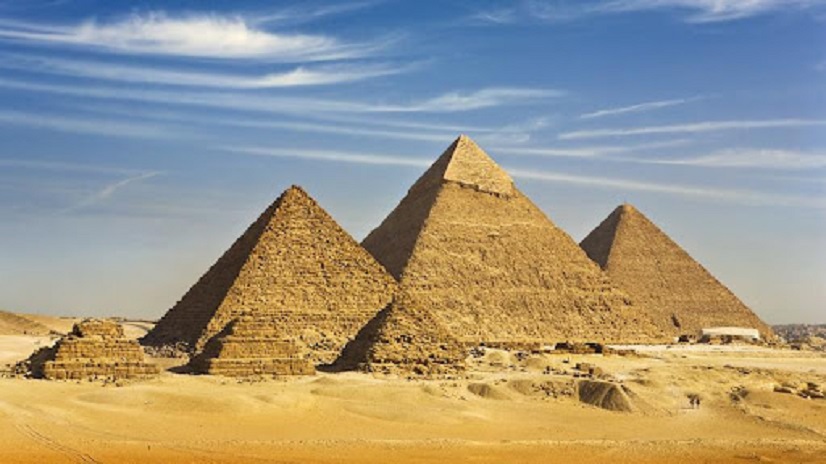 The Land of the Pharaohs is a dream come true for couples, families and groups of friends craving an unforgettable holiday experience in blissful surroundings.

There's so much to see and do in this enchanting sunshine getaway – your only challenge may be trying to fit it all in. 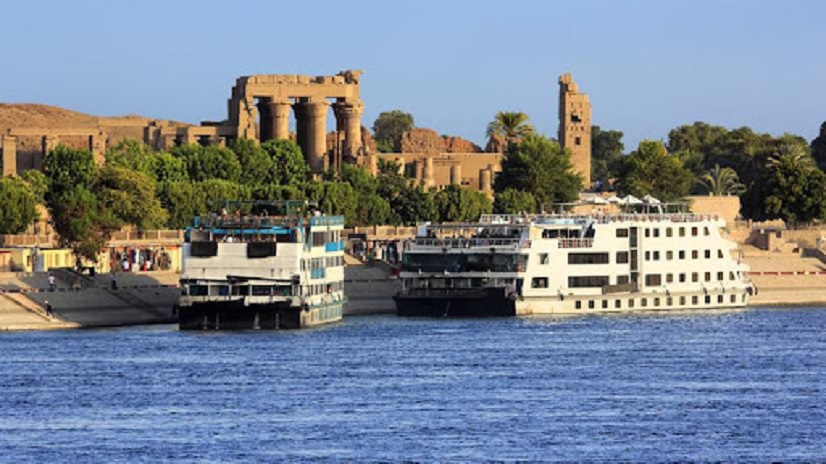 Explore the jawdropping pyramids near Cairo, visit the Valley of the Kings near Luxor, take a relaxing cruise down the River Nile or enjoy a feast of fun in Sharm El Sheikh, Hurghada and other wonderful resorts on the Red Sea.

Let's turn the spotlight on this charming escape on the north-eastern corner of Africa to reveal why it’s the perfect choice for an amazing holiday to remember.

Ancient Egypt was one of the most powerful and advanced civilizations in the history of the world, lasting more than 3,000 years from 3150 BC to 30 BC. 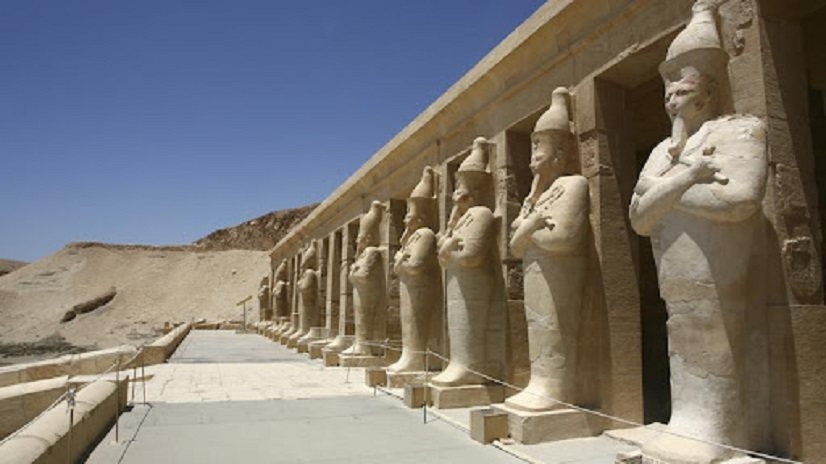 This rich history and culture has blessed the land with magnificent pyramids, temples, tombs and other must-see attractions which will take your breath away.

Gaze in awe at the Great Pyramids and Sphinx of Giza or visit the Egyptian Museum in the capital city Cairo, which is home to many ancient Egyptian artefacts, including the golden mask of Tutankhamun.

Descend beneath the ground to visit the royal burial grounds of pharaohs and nobles in the Valley of the Kings and marvel at the imposing temples in Luxor and Karnak.

Other enthralling historical attractions include the Abu Simbel Temples in Aswan, Saqqara Necropolis, the Mortuary Temple of Hatshepsut, the Valley of the Queens, the Temple of Kom Ombo and the Colossi of Memnon.

Egypt enjoys great weather all year round, making it a great choice for both lazy beachfront holidays and exciting sightseeing adventures. 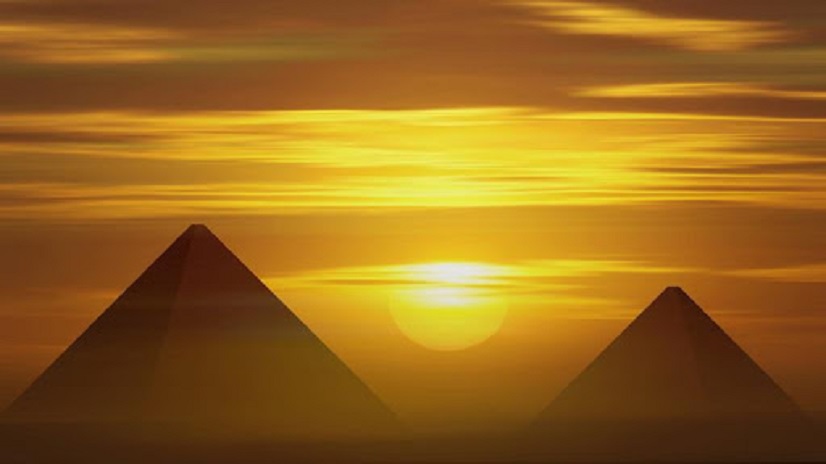 The hottest months are between May and October, with average temperatures ranging from the high 20s up to a stifling 40°C.

The weather is a little cooler between November and April, offering ideal conditions for getting out and about to explore the country’s multitude of attractions. There’s still plenty of sun at this time of year, with the mercury remaining well above 20°C during the day.

Egypt experiences very little rainfall, with fewer than 80 millimetres of precipitation annually in most areas.

Egypt boasts a plethora of wonderful attractions and activities, aside from the country’s legendary pyramids and other archaeological structures. 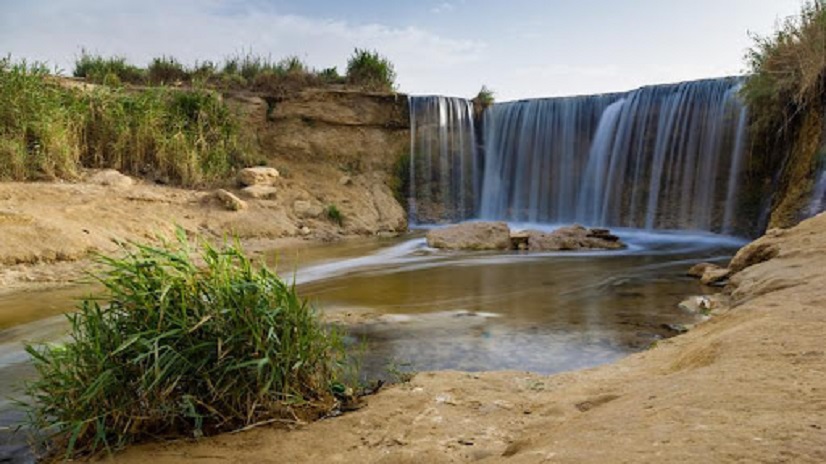 The majestic Nile, the longest river in Africa, has so many secrets to reveal, and is the place to enjoy a romantic time on a small cruise ship or a delightful trip on a traditional felucca sailing boat.

Elephantine Island is home to the Aswan Museum, ancient temples and a famous Nilometer which was built to measure the Nile’s water levels.

Wadi El Rayan is a unique nature protectorate where you'll find the largest waterfalls in the country and the Magic lake which overlooks the dunes of Wadi El Hitan is another glorious natural attraction.

You can also take to the sky in a hot air balloon flight to get an incredible bird’s eye view of the ancient temples and monuments in Luxor.

Al-Azhar Mosque is an architectural marvel in Cairo which is home to the second oldest continuously-run university in the world. 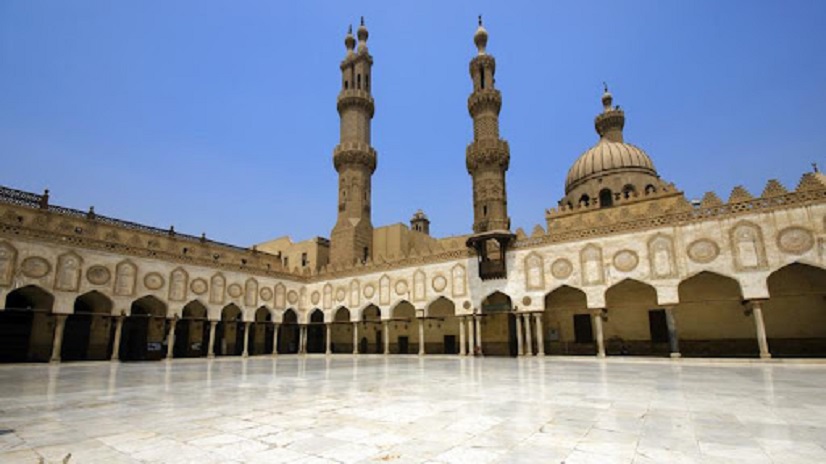 For the ultimate sun-bathing experience you can head for Naama Bay, one of the best beaches in Egypt, which boasts beautiful golden sands, clear waters and swaying palm trees.

St Catherine’s Monastery on the Sinai Peninsula houses a library which has operated since the 6th century, alongside invaluable artworks, mosaics, chalices and manuscripts.

Other unmissable attractions in Egypt include the Mummification Museum in Luxor, Siwa Oasis, the Red Sea Reef and the spectacular Aswan Dam, the world's largest embankment dam built across the Nile.

It's certainly worth experiencing the magic and mystery of the ancient and historical Western Desert during your holiday. 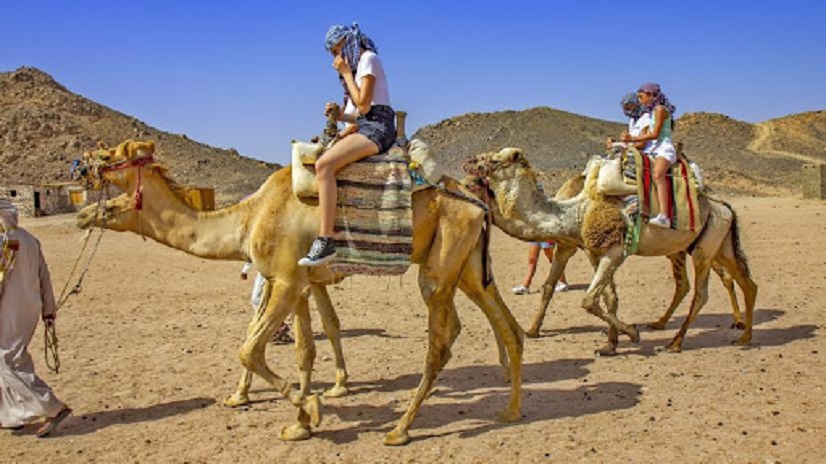 The rolling dunes and stunning landscapes in this vast wilderness will make you feel like you're on another planet.

There are so many activities to enjoy in the desert including exhilarating buggy safaris where you'll experience plenty of dune-bashing thrills in a 4x4 vehicle.

You can also savour a romantic dinner under the stars in a traditional Bedouin camp, travel across the sands on a camel or take to the dunes for some thrilling sandboarding action.

No holiday in Egypt would be complete without a visit to the sprawling capital of Cairo, one of the world's great megacities. 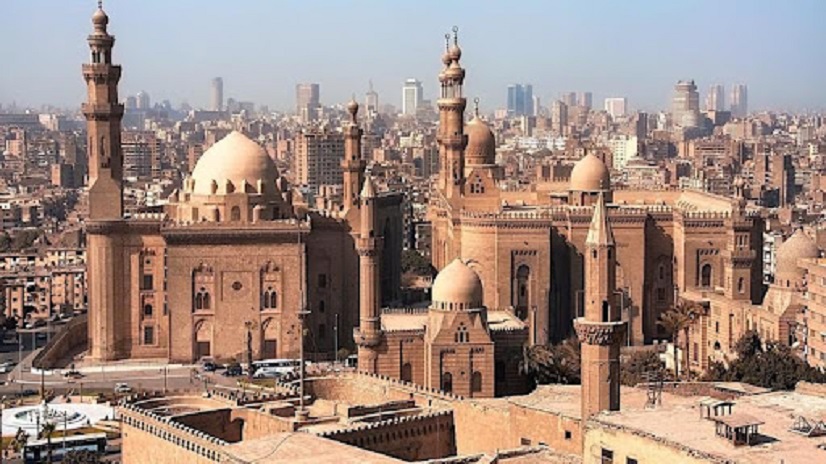 At its heart is Tahrir Square and the Egyptian Museum, while the city is also the place to be spellbound by the nearby Pyramids and Sphinx in Giza.

You'll also discover imposing palaces, mosques and mausoleums, as well as an abundance of shops, markets and restaurants.

The ancient city of Luxor, known as Thebes in bygone days, has evolved into a modern-day, open-air museum for visitors. Horse-drawn carriages are a popular choice for getting to the city's famous attractions, including Luxor Temple, the Karnak Temple complex and the Luxor Museum. The city is also home to wonderful boutiques, flea markets, craft workshops and malls.

Other major cities in Egypt include Alexandria, an important economic, industrial and tourist centre which was founded by Alexander the Great, and Aswan, the country’s southernmost city which has a more relaxing and laid-back feel to it than Cairo or Luxor.

There's no shortage of entertainment after dark in Egypt, with everything from romantic dinner cruises on the Nile to vibrant party fun. 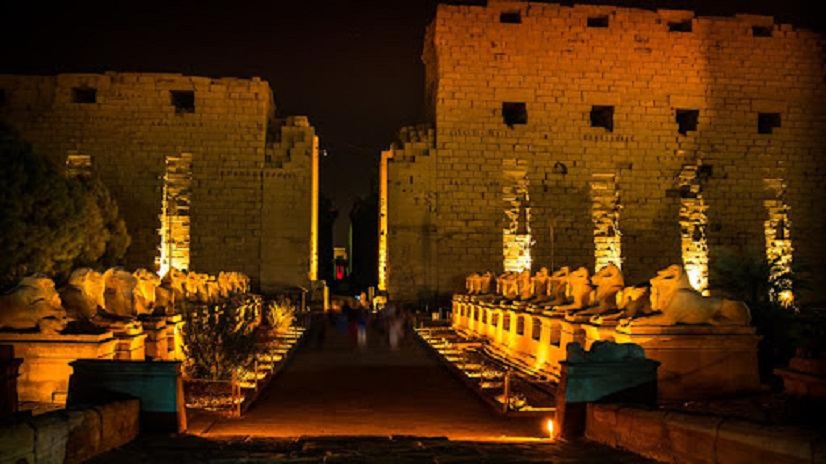 People who like to dance from dusk till dawn will be impressed with an abundance of nightclubs, discos, bars and beach parties.

Popular night spots include Pangaea and Space in Sharm El Sheikh, Pub 28 in Cairo, Amici Bar in Hurghada, Cairo Jazz Club in Giza and The Lemon Tree & Co in New Cairo which offers breathtaking views of the River Nile.

The legal drinking age in Egypt is 21 and it's important to respect the rules and practices in this Muslim country.

You won't struggle to find delicious fare in Egypt, with everything from lively street food stalls to fine dining restaurants to tantalise your taste buds. 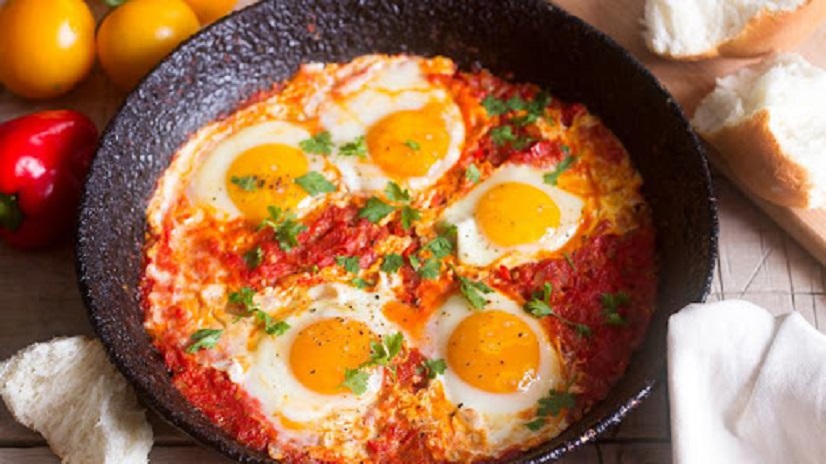 With a culinary history stretching back more than 3,000 years it’s no surprise the country’s traditional flavours will satisfy the most discerning palate.

A favourite dish to start the day with is Shakshouka, a hearty breakfast consisting of poached eggs, olive oil, peppers, tomatoes, garlic, cumin, nutmeg and paprika.

Fattah is a traditional meal dating back to ancient times which features crispy bread, meat, rice and a tomato sauce, while Mahshi is a flavoursome dish consisting of vegetables stuffed with ground beef and rice.

Egypt’s national dish, which is often sold in cafes and street carts, is Koshari – it comprises layers of rice, lentils, chickpeas, a red sauce, garlic, vinegar, chilli and macaroni topped with caramelised onions.

A popular hot dessert is Umm Ali, which dates back to the 13th century and consists of puff pastry, sugar, milk, raisins, nuts and coconut, while the country’s national drink Shai (tea) is served everywhere from cafes and restaurants to souvenir shops and truck stops.

Egypt is home to opulent all-inclusive beachfront hotels which ooze luxury, style and comfort, plus an array of fun-filled amenities and attractions. 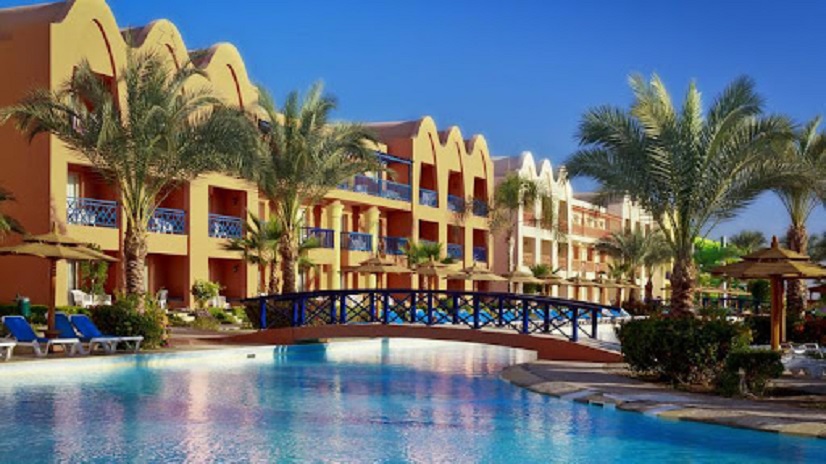 Many of these havens of pleasure are located in popular resorts along the shores of the Red Sea including Sharm El Sheikh, Hurghada, Soma Bay, El Gouna and Sahl Hasheesh.

There’s also the opportunity to snorkel or scuba dive beneath the waves to explore mesmerising coral reefs which are teeming with colourful marine creatures. 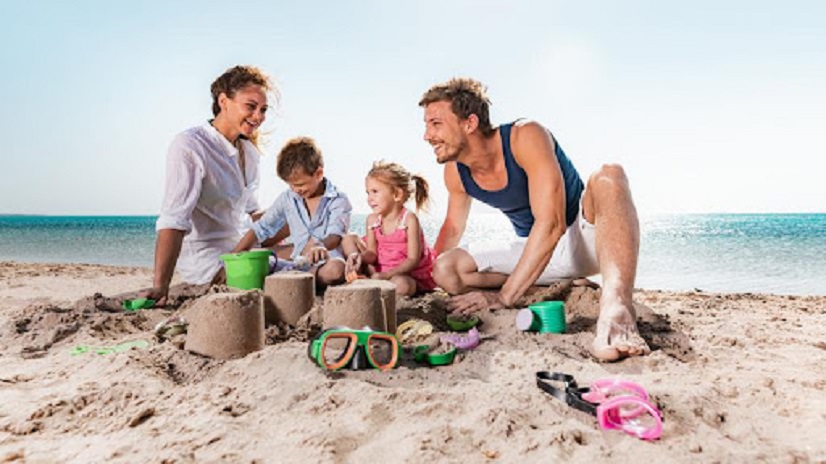 Faby Land in Cairo is an excellent indoor theme park featuring a great choice of thrilling rides, trampolines, inflatables, a climbing wall and many other attractions.

A great time is assured at Mini Egypt Park in Makadi Bay where you'll find 55 Egyptian landmarks in miniature form, Dolphina Park in Sharm El Sheikh is the place to swim and interact with friendly dolphins and Hurghada Grand Aquarium is home to more than 1,200 marine animals.

Other activities for some family fun include karting, glass bottomed boat rides, ziplining, camel rides and traditional sandcastle-building sessions on the gorgeous beaches.

There’s no shortage of opportunity to shop in Egypt if you fancy some retail therapy during your holiday. 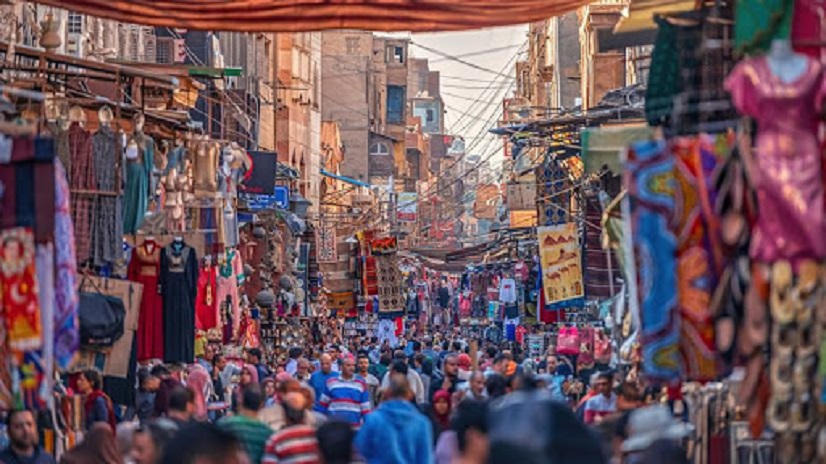 Glitzy boutiques, up-market fashion stores, modern malls and high-end jewellery outlets are among the superb choices which await in Cairo and other major cities.

There’s also the chance to purchase unique items in charming antiques shops or barter for a bargain in Egypt’s traditional bazaars and souks.

Bustling Khan Al Khalili, a 500-year old maze of streets and shops in Cairo which is one of the most visited marketplaces in the world, is definitely worth a visit. 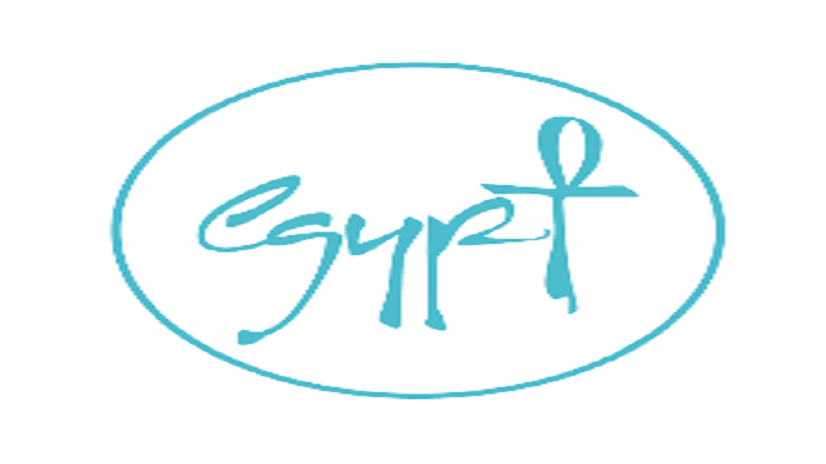 A dream holiday experience awaits in sun-drenched Egypt. Book your escape to this wonderful land today with Destination2