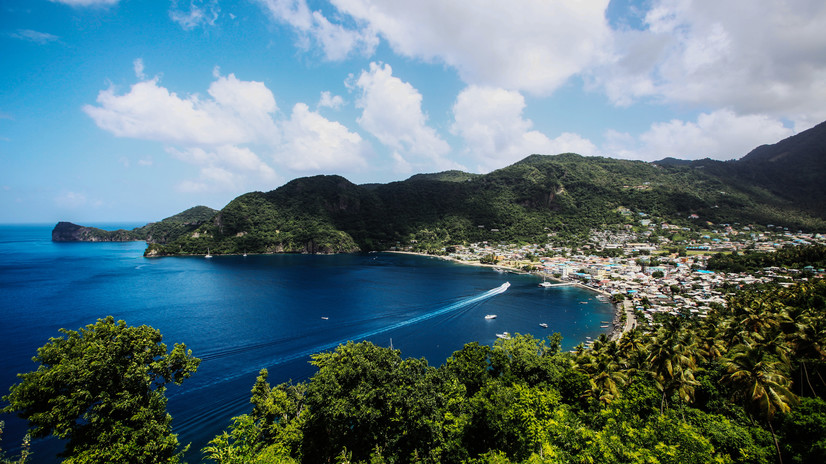 A holiday to St Lucia is a trip of a lifetime. This island is one of the most popular in the Caribbean, and for good reason. The beauty of the landscape, warm hospitality and great luxury hotels on the island make it an easy choice to make when you’re looking for a Caribbean holiday. The position of St Lucia makes it a perfect base to visit other Caribbean islands, more of which we’ll be discussing below in this list of frequently asked questions.

Flight times from the UK to St Lucia are around 8-9 hours. The Caribbean island is around four hours behind UK time, so if your flight was scheduled at 9am, you could land early afternoon. This means the jetlag isn’t that intense, and you can usually acclimatise quite quickly.

You’re most likely to fly into Hewanorra International Airport, situated in the south of the island, and which is around 50km from the capital Castries, located in the north.

Most flights from the UK to St Lucia stop off in Antigua, but British Airways has a regular non-stop flight from London Gatwick to Hewanorra International Airport.

3) How far is St Lucia from Barbados?

Day trips to neighbouring islands are popular in St Lucia. Barbados is relatively close – about 108 miles away.

Currently, there is no ferry service from Barbados, however, LIAT operate short flights from St Lucia, which take around 45 minutes.

Other islands to visit on day trips from St Lucia include Martinique, where you can cruise by motorised catamaran from both islands. The Grenadines is also a place worth visiting – you can get there by air or sea, but we recommend jumping on a catamaran when you land and exploring the coral reef islands.

4) When is the St Lucia hurricane season?

Being so close to the equator, St Lucia is known for its hot and humid weather. However, thanks to the trade winds bringing cool breezes to the island, the climate is seldom uncomfortable.

Like most Caribbean islands, St Lucia has a rainy season and a hurricane season, and these often coincide between June and November. However, visitors shouldn’t be deterred from visiting between these months. While these tropical storms do hit the island, it is usually cleared up quite quickly with sunshine. Any weather that poses a danger can normally be detected with advance storm detecting technology, and visitors can plan their trip and prepare themselves accordingly. 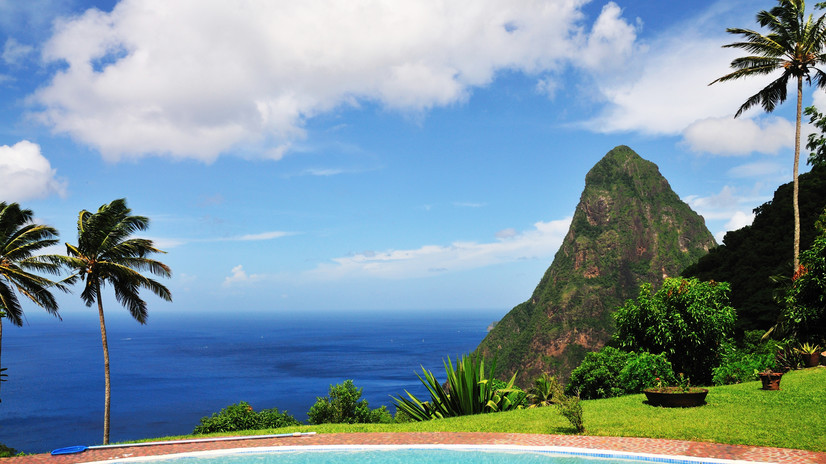 5) What is the currency in St Lucia?

The official currency on St Lucia is the East Caribbean Dollar. When you’re here, it is recommended that if you have American dollars, use them for tipping. A number of sources have suggested a good exchange rate for British sterling on the island, but we recommend doing your own research and finding out where you can get the best deal.

6) How often does it rain in St Lucia?

It’s no wonder that, with the amount of rainforests on the island, St Lucia experiences the odd shower. Many islanders claim that most rainfall occurs during the night, however, when it does rain during the day, it can last between 30 minutes to an hour outside of the hurricane season. So, while you should be prepared for a spot of rain, it shouldn’t dominate your daily schedule.

7) What is the St Lucia national flower? The rose and the marguerite are the national flowers of St Lucia. In fact, like a class system, the island is divided into societies – the Roses and the Marguerites. Both of these societies have an annual festival each year, and within each society is a hierarchical structure – queens, kings, dukes, duchesses, princes and princesses, etc. If you’d like to experience one of the fetes, the Rose festival is on 30th August, and the Marguerite festival is on the 17th October.

It’s believed that the island was originally referred to as Iouanalao, which meant Land of the Iguanas – this was from around 1000 BC. How it came to be known as St Lucia is unclear, but it is generally agreed that it came about from French sailors getting shipwrecked on the island on 13th December 1502. They named the island Sainte Alousie, after Lucy of Syracuse, the virgin martyr. This name is found in numerous records afterwards, however the Vatican globe later on that year is the first reference to the island as St Lucia.

9) What is the national dish of St Lucia?

While the Caribbean boasts many incredible flavours, St Lucia is proud of the simplicity of its national dish, green fig and saltfish. However, the fig part of the dish isn’t the figs recognised in the UK. St Lucians refer to green bananas as figs, and it is these green bananas that are boiled with salt and served up with skin on or off. Green bananas are as ubiquitous as potatoes are in the UK, and have a number of ways of preparation.

The salt fish is normally cod, but other types of fish are used. It is boiled, flaked and sautéed with onions, peppers, chives, thyme and other herbs and spices giving it some flavoursome kick next to the plainness of the green figs.

This dish has existed since slavery, where the dish, being cheap and easy to prepare, was given to slaves. It is still eaten week in, week out on the island and a huge part of the culture of St Lucia.

An island of incredible history, great cuisine and offering every visitor a warm welcome, St Lucia is the perfect holiday destination. Now you know everything you need to know about the island, start planning your holiday to St Lucia with Destination2.