6 Things You Didn’t Know About Fujairah

Fujairah is one of the lesser-known parts of the United Arab Emirates. However, thanks to a lot of investment from the government and the travel industry that is about to change.

We have put to together a list of some interesting facts about Fujairah, so that you can learn all about this Middle Eastern haven before jetting off.

Fujairah was the Last Emirate to Join the Trucial States

The Trucial States can be seen as the precursor of the UAE. They were a set of individual sheikdoms that signed protectorate treaties with Britain. These treaties meant that the British would use their navy to protect the sheikdoms from the threat of pirates in return for exclusive international trade rights to any natural resources in the sheikdoms for the British.

The other sheikdoms all signed the treaties with the British in the 1800s. At the time Fujairah was a part of Sharjah but became independent in 1901. The British did not recognise Fujairah’s independence so did not try to negotiate a new treaty. It was not until 1952 that the British began negotiating a treaty with Fujairah and this was mostly done at the insistence of Petroleum Concessions Limited so that they would have free reign to drill for oil in Fujairah.

Fujairah is Home to the Oldest Mosque in the UAE

The Al Badiyah Mosque, also known as the Ottoman Mosque, is located in Fujairah. There was no wood used in the construction of the mosque so carbon dating can not be used to find the exact date of construction. However, the Archaeological Centre of Fujairah and the University of Sydney worked together and came to the conclusion that the mosque was built in the 1440s, based on other examples of architecture of the period.

The mosque is still active as both a tourist attraction and an active mosque, making it one of the oldest mosques that are still in daily use.

As the Easternmost of all of the Emirates, Fujairah is the only one that boasts a coastline is solely located on the Gulf of Oman.

The Gulf of Oman is interesting, because it is technically not an actual gulf, but rather a strait. The difference between the two is that a gulf is an inlet with a narrow mouth that is surrounded by land on two sides. A strait on the other hand is a narrow waterway that connects two large bodies of water. The Gulf of Oman connects the Arabian Sea with the Persian Gulf, via the Strait of Hormuz. 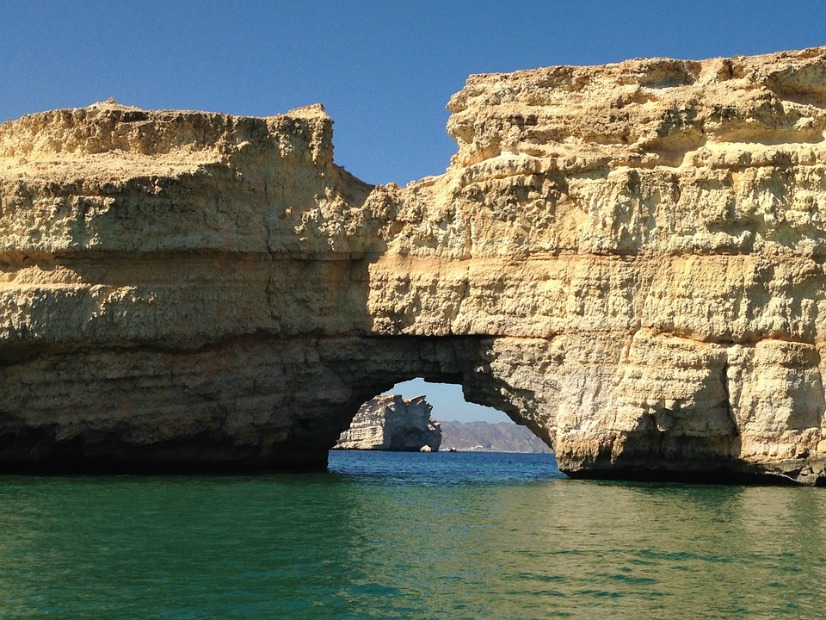 Fujairah Only Takes up 1.5% of the Total Area of the UAE

There are seven Emirates in the UAE, but the area is by no means split evenly. At 1.5% of the total area, Fujairah isn’t even the smallest of the Emirates, both Ajman and Umm al-Qaiwain are smaller than Fujairah.

The reason that these Emirates take up so little of the UAE’s total area is because the capital, Abu Dhabi takes up 86.7% of the UAE on its own. The majority of Abu Dhabi is made up by the oil fields that provide a large portion of Abu Dhabi’s wealth. When not counting the area of the oil fields, the habitable parts of the Emirates are much closer together in scale.

Foreigners are not Allowed to Buy Land in Fujairah

Sheikh Mohammed bin Hamad bin Mohammed Al Sharqi believes in giving priority to Emiratis over expats, to avoid becoming like Dubai, which only has a 14% Emirati population. To keep Fujairah a more locally incline Emirate the Sheikh has made a rule that foreigners cannot own more than 49% of the businesses in the country.

It has also been declared that only people from Bahrain, Kuwait, Oman, Qatar, Saudi Arabia, and the United Arab Emirates can own land in Fujairah. These countries make up the Gulf Cooperation Council.

To get around the fact that Fujairah still has expats who may be put off by the idea of paying large amounts for rent, Fujairah has began to offer 100 year leases in the newly developed Tilal City. The idea is that expats will get cheaper rent, closer to what they would pay for in mortgage repayments but they will not own the property. This means that the government retain ownership and the property cannot be inherited, allowing the government to rent the property out again.

As Recent as 1998 Gambling was Legal in Certain Forms

Until 1998 slot machines were permitted in certain hotels, as a way to entertain tourists. Something unexpected but interesting happened however. A number of the local population wrote to the Sheikh to ask for the machines to be removed as some locals had become addicted and were losing their entire month's wages on the machines and couldn’t support their families.

Now that you know a little more about the Emirate of Fujairah, why not take a look at our Fujairah holidays page to see our amazing array of offers on flights and hotels?