Of course, there’s always the opportunity to experience as many as possible on your Thailand holiday, but when two of the most famous islands, Koh Samui and Phuket, are on different sides of the country, what’s the best plan? 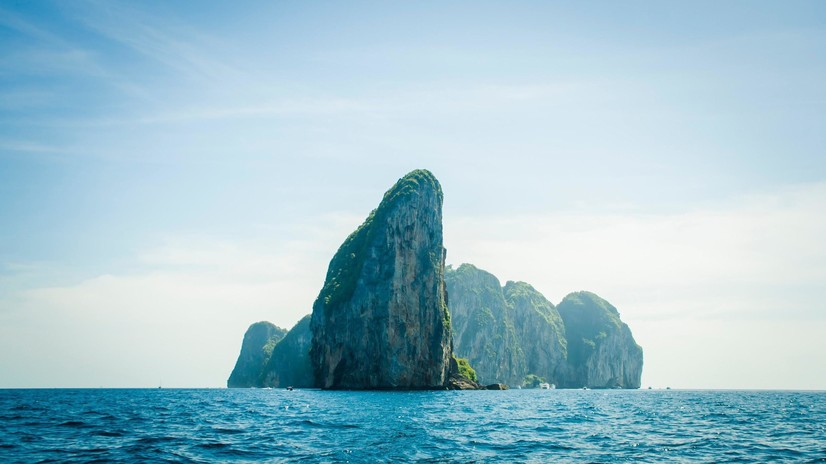 To decide, we pitted the islands against each other to find out which one comes out on top.

There’s no major difference between the cost of either island. Travelling there will cost around the same, and food and drink costs are pretty much the same.

One thing in Phuket’s advantage is that because it’s a larger island, there is more choice of accommodation, and therefore more choice to suit a wider range of budgets. 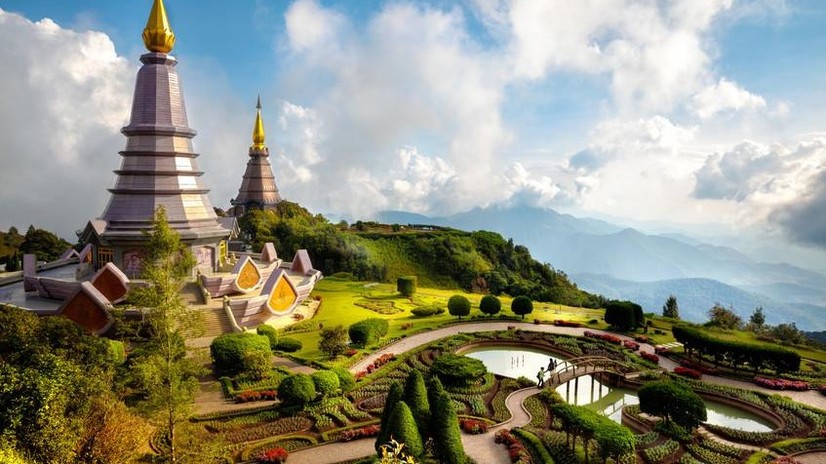 From Bangkok, both Phuket and Koh Samui are roughly the same distance on a plane, being anything from 45 mins to one and a half hours away, depending on your flight.

However, Phuket is connected to the mainland by the Sarasin Bridge. As a result, Koh Samui, in the Gulf of Thailand, attracts less casual visitors, and the tourist numbers are more monitored than in Phuket.

Being on different sides of the country, both islands experience slightly different climates. Rainy season for Phuket occurs between September to October. On Koh Samui, expect it to land in towards the end of October, November and some of December.

Temperature-wise, Koh Samui experiences its hottest month in April, while in Phuket the mercury hits its peak from March through to May.

Development on the islands

While both islands are incredibly beautiful, there are fundamental differences in the development of both locations. Phuket has a more developed skyline, with resorts and tower blocks edging the perimeter of the island, giving it a mini-Miami feel.

Koh Samui has a stricter approach to building development, in that no structure should be taller than a coconut tree. The effect of this is a less modernised and traditional beach feel. 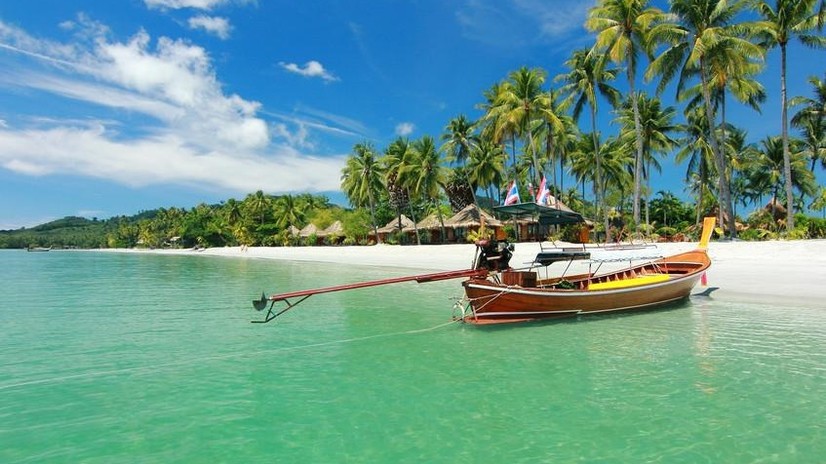 Both islands have their fair share of beautiful beaches, but what you want from your shoreline may have an influence on what island you pick.

Surfing is growing in Phuket, particularly along its west coast, and there are three contests a year attracting surfers from all over the world. On other parts of the island, there are plenty of more laidback beaches with some of the best scenery in Thailand, if not the whole world, particularly around the iconic Phang Nga Bay and James Bond Island.

Koh Samui’s beaches are smaller and quieter than Phuket’s, but in terms of family-friendly beaches, there is a wider selection. There are areas of total seclusion, but there are also busier parts particularly around Chaweng. 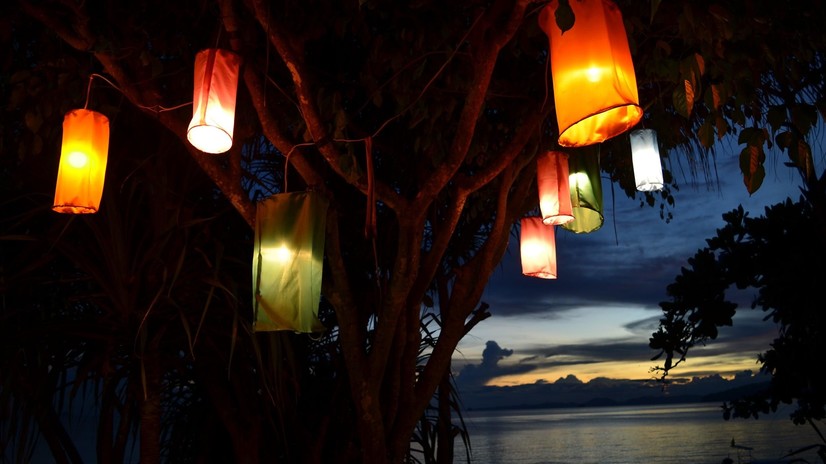 Koh Samui, Chaweng and Lamai are areas that bring out the night owls to the bars, clubs and cabaret shows. Late at night, these places get a little seedy, but the general atmosphere is all about fun. Elsewhere on the island, there are good restaurants, resorts and nightspots, but it’s generally quieter outside of the two main hubs.

Phuket, on the other hand, has its reputation of being the party capital of Thailand to protect. Here the nightlife is much more varied. There are the neon lights and loud dance music of Patong, Kata and Karon. However, you’re more likely to stumble across live music, rooftop bars and hip joints than in Koh Samui, particularly around Phuket Old Town. It’s also worth noting that Phuket is Kate Moss’ favourite place to party in Thailand - so if you’re looking to let your hair down on your Thailand holiday, head here.

Both islands have their fair share of restaurants, all producing exemplary food, from fine dining to seafood shacks.

To cater for the masses, there’s a wide range of food from different cultures, you don’t have to travel far to have a burger, an Indian, some French cuisine or Chinese. However, we do recommend sampling as much Thai food as possible. From the food hawkers serving simple but incredibly delicious dishes on the side of the road, to award-winning restaurants in the many resorts, there is plenty of opportunities to indulge.

While we can’t pick which island does it better, we would say that you will eat well and eat a lot during your stay on either Phuket or Koh Samui. 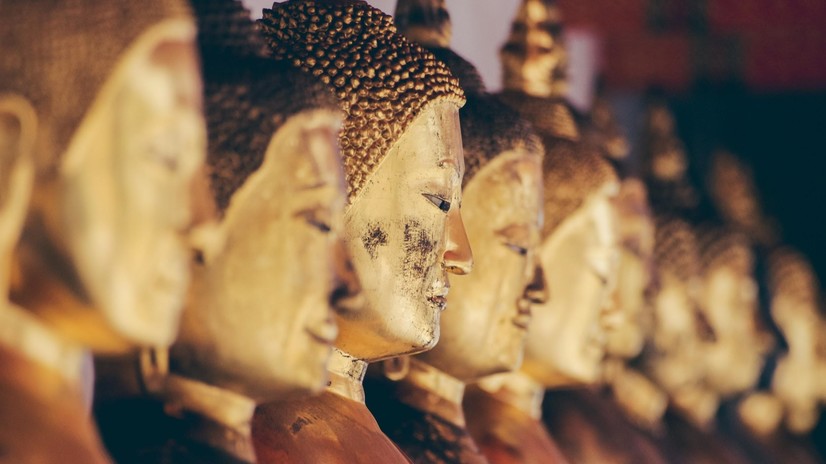 Both islands have plenty of things to see and do during your stay. Koh Samui, while smaller than Phuket, still has a lot of attractions, including the Big Buddha shrine, which stands at 12 metres tall, and can be seen from afar.

Ang Thong National Marine Park is also well worth a trip. Here you can explore the mangroves, dense jungle, limestone mountains and waterfalls that make up the 42 islands in the Gulf of Thailand.

If you fancy a short boat ride, take a trip to Koh Tao, which means Turtle Island. This idyllic island is home to a few guesthouses and while clearly less developed than Koh Samui, allows you to enjoy snorkelling, some nice food and drinks on a beach paradise.

Phuket is bigger, but still easy enough to get around. Take a trip to Patong at night with an open mind and a sense of fun. This nightspot is home to some of the biggest, brightest and often most outrageous shows in town. It’s well worth experiencing at least once – even if it’s just to cross it off your list!

Head to Phi Phi island, just off the coast of Phuket and made famous by The Beach starring Leonardo Di Caprio. Get there by boat, and see the islands rise up from the sea in all their beauty.

We also recommend walking through Old Phuket Town, which is a beautiful memento of old Thailand. Past the many Buddhist and Chinese temples and shrines are beautiful shophouses, museums and Sino-colonial mansions. In the evening, the cool bars and hipster restaurants open up, but it’s equally as nice to explore during the day.

Phuket or Koh Samui? Our verdict 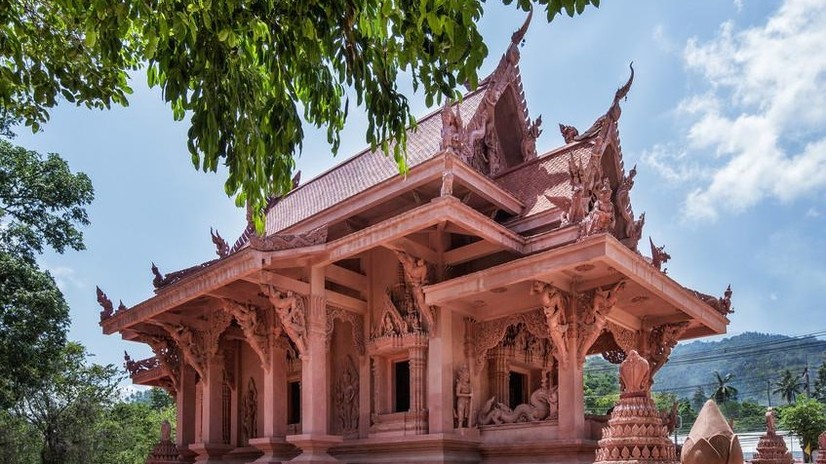 We don’t like to sit on the fence with this, but it’s very difficult to pick which is better, simply because it’s comparing two very different islands.

If you’re looking for nights out, and a faster pace of life, we’d definitely recommend Phuket. This is such an exciting party island, which has a good mix of old and young crowds. Despite this, you can still have a romantic break on the island as well as a chance to party hard.

Koh Samui, on the other hand, suits holidaymakers who are after a slightly more sedate atmosphere. This island is perfect for families or anyone in search of good restaurants, smaller beaches and quieter evenings. It’s no surprise that Koh Samui is one of the most popular islands in Thailand for honeymooners.

The choice offered by these islands sums up Thailand. With such a large choice of things to do, see, eat and stay, the country offers something for everyone and makes it incredible easy to find yourself on your dream holiday.