Mauritius or Maldives? Which to choose for your luxury escape

Each Indian Ocean island is its own little paradise, ringed with sapphire blue ocean, crowned with diadems of glittering sand and bursting with cultural experiences. With so many of these wonderlands to consider for your next trip, it can be very difficult to make a choice! We’ve compiled a handy list comparing two of the area’s most beautiful nations – The Maldives and Mauritius – to help you make the decision a little more easily! 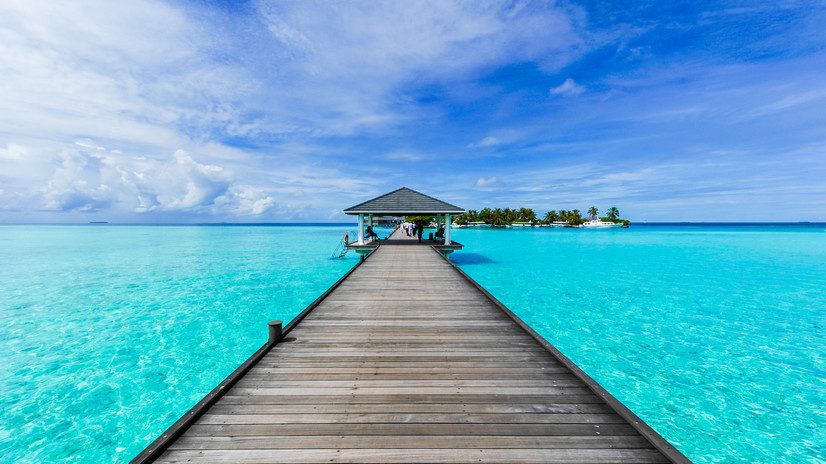 Head to this elegant string of islands if you’re crying out for a break from the grim grey winter weather back at home. The dry season begins in November and ends in April, with temperatures reaching the mid-to-high twenties, so avoiding the typical UK holiday exodus is easy. In fact, travelling to the Maldives in July or August could put you at risk of running into monsoons.

The oceanic fauna of the Maldives is fascinating, with whale sharks and manta rays paying seasonal visits. Look out for sea turtles, whales and dolphins, and head to the Baa Atoll for a diving experience you will never forget. Named as a UNESCO World Biosphere Reserve in 2011, this area of the Maldives offers views of some of the most astounding coral reefs imaginable. You can even go on organized hiking trips between the islands, crossing on sand bars in sometimes waist-deep water and navigating your way around beautiful coral and rock formations. Maldivian saltwater creatures outnumber land mammals heavily – however, you’ll still get the chance to come across flying foxes and geckos. 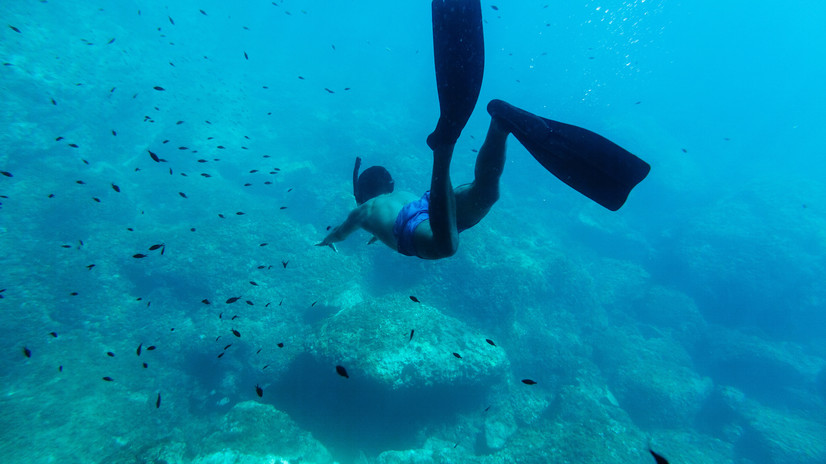 For a unique shopping experience, visit one of the nation’s thriving street markets for souvenirs and local produce. Malé, the capital of the Maldives, hosts the best examples of these traditional artisan gatherings. Remember to visit the Maldives’ National Museum to view historical artefacts and learn the vibrant history of the islands.

There's plenty of fascinating fare for foodies to get their hands on here. Being so far out into the Indian Ocean, seafood lovers will feel right at home. Tuna, in particular, is a staple part of the Maldivian diet. Coconuts grow in abundance on the islands, so a large number of native recipes make use of them. The cuisine is influenced by Arabic, Indian, Sri Lankan and Oriental gastronomy. Alcohol is not consumed within the community - however, it is still available within tourist resorts. 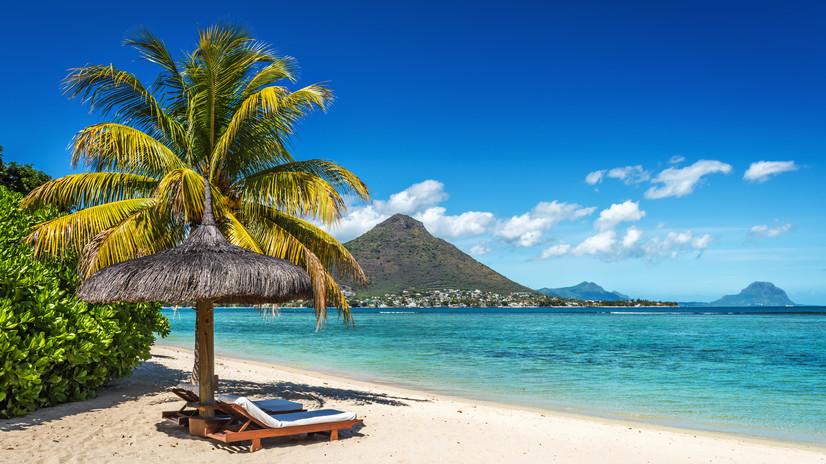 Rainfall in Mauritius is minimal with no great distinction between the summer and winter months in terms of drier or wetter seasons. Temperatures, too, remain solidly warm and sunny, averaging in the low-to-mid twenties throughout the year. The more humid weather occurs during the first three months of the year, which may put some holidaymakers off visiting during this time, particularly because it renders the nation more susceptible to cyclone activity. As a rule, July and August see windier weather on the east coast. Overall, however, there is no wrong time to visit Mauritius!

One of the most famous previous residents of Mauritius was the dodo, now sadly extinct. Nowadays, the island takes great care of its endangered species in specially appointed reserves such as Black River Gorges National Park, home to nine species of bird only found in Mauritius. Rich with beautiful flora, the nation is also the second biggest exporter or plants and flowers after the Netherlands, and so the residents take their conservation, as well as that of their trees, very seriously. 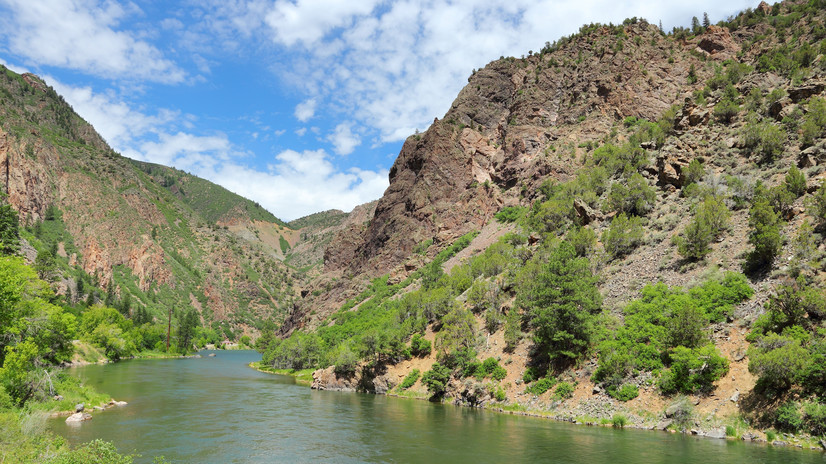 Visit Port Louis for the best shopping on Mauritius, and to witness fascinating elements of the island’s history meeting with the super-modern. One of the oldest museums to be built in the southern hemisphere, the island’s Natural History Museum is also located here.

Like the Maldives, fish makes up a large part of the Mauritian diet - though the nation’s culinary style is somewhat different. A combination of French and Creole as well as the expected Chinese and Indian influences means that spice-lovers will love what is on offer here. Rum is also one of its major specialities. Visit the Rhumerie de Chamarel on the south west of the island to sample its award winning beverages. 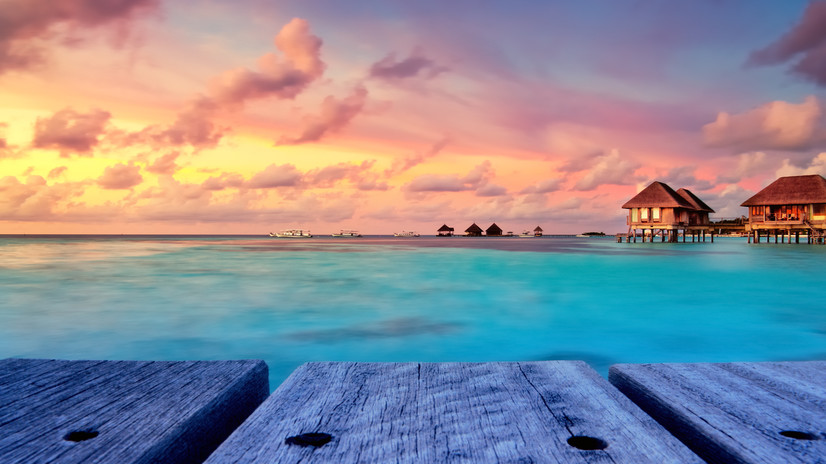 While both locations will guarantee you sunshine and beautiful beaches, there’s key differences that might help make your mind up.

In terms of culture, Mauritius wins hands down. There is a wealth of history and attractions to visit on this island. If you’re looking for a holiday that involves action and adventure, head to Mauritius. Foodies have a better range of cuisine here too. All the influences - French, Creole, Chinese and Indian - have combined to create a diverse gastronomic experience.

The Maldives, on the other hand, feels more tucked away. It is a place of natural beauty with an amazing diversity of marine life, and a destination for complete relaxation and tranquility. In contrast to the public beaches on Mauritius, most beaches on the Maldives belong to the resorts and are therefore private - allowing holidaymakers a true island hideaway in total luxury.

Ultimately, whether you visit Mauritius or the Maldives all depends on when you want to go on holiday. If you’re planning a trip between November to April, this is the perfect time of the year for the Maldives. However, the best time to head to Mauritius is between April to June or September to December.