The Nine Natural Wonders of Mexico 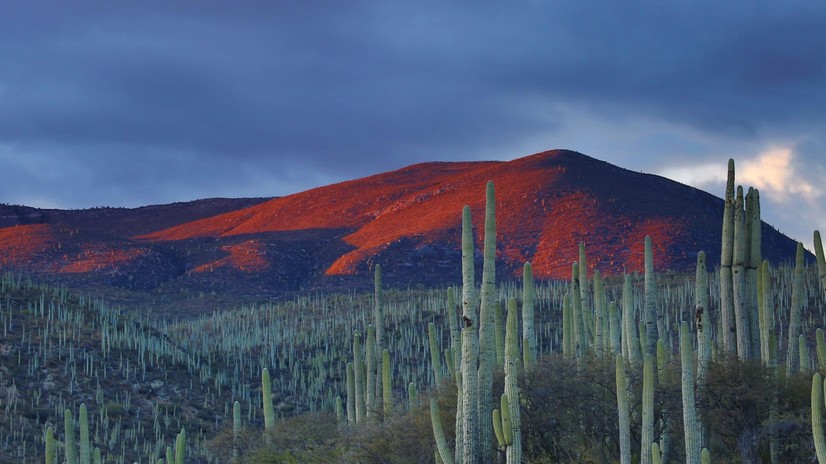 Mexico is a place with hidden depths. If you’re looking for beaches and sunshine, then this country has it in spades. But for an unforgettable adventure involving underwater sinkholes, petrified waterfalls, coral reefs and diverse ecosystems, this country has it all. We could have chosen from hundreds of natural wonders, but here are just some of our favourite spots that you should try and visit on a holiday to Mexico. 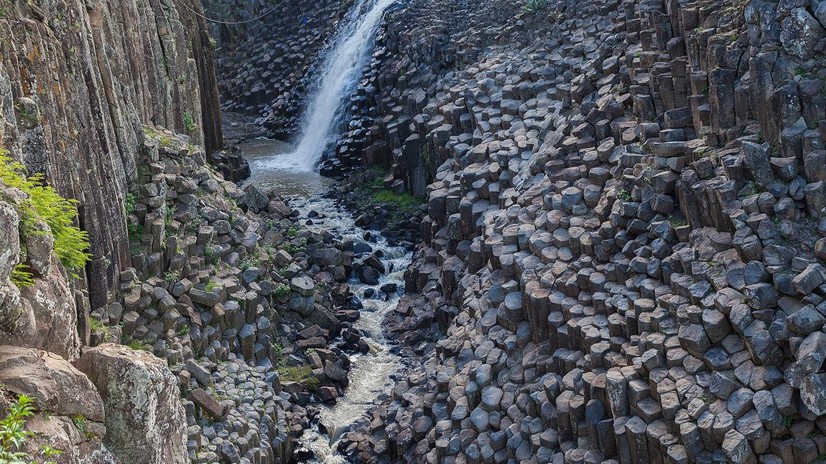 These are geometric basal columns that have been made from the slow dripping of water occurring naturally over millions of years. Some of the highest pillars are 40 metres tall. The Prismas Basalticos are one of the thirteen natural wonders of Mexico. 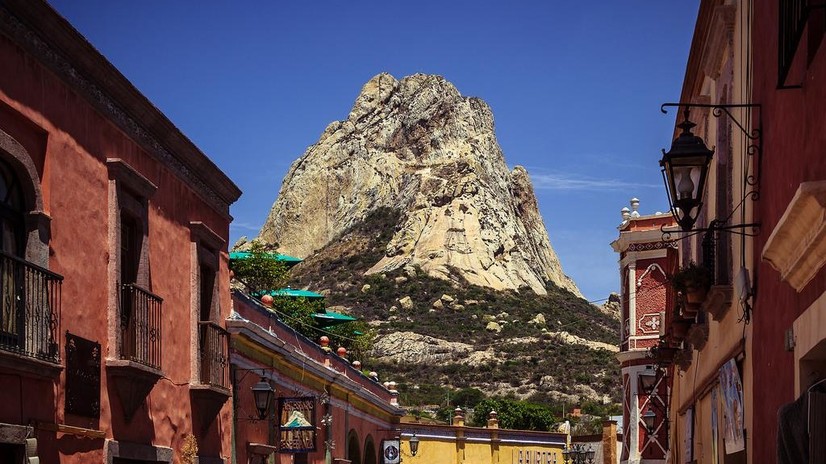 Situated in the Gorda Sierra of Querétaro state, this is the third biggest monolith in the world. Also known as the Bernal Rock, it stands at 1000 ft, and is only superseded by the Rock of Gibraltar and Sugarloaf in Brazil. 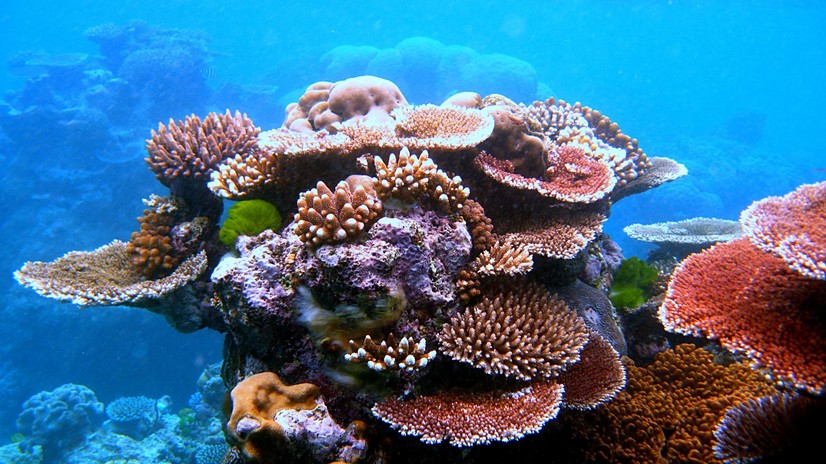 Image Credit: By Toby Hudson (Own work), via Wikimedia Commons

Did you know that Mexico is home to the second biggest coral reef in the world? Along the Yucután Peninsula (which separates the Gulf of Mexico from the Caribbean Sea), near the popular Cancun, is the Mesoamerican Barrier Reef – home to 500 species of fish, and 66 species of stony coral – a great place for scuba diving and snorkelling. 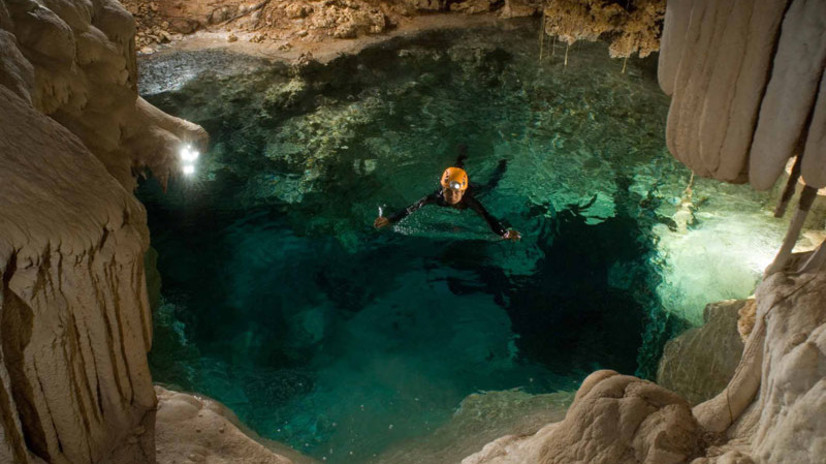 Again, the Yucután Peninsula is home to some incredible geological features, including the two thousand cenotes (naturally formed sinkholes) in the region. Traditionally seen as passageways to the underground world in ancient times, swimming or canoeing around this area is a fascinating experience.

Sea of Cortez, or the “world’s aquarium” as Jacques Cousteau called it. This is one of the biggest and most varied ecosystems on the planet, with bottlenose dolphins, humpback whales, sea lions and marine birds all peacefully living in harmony together. 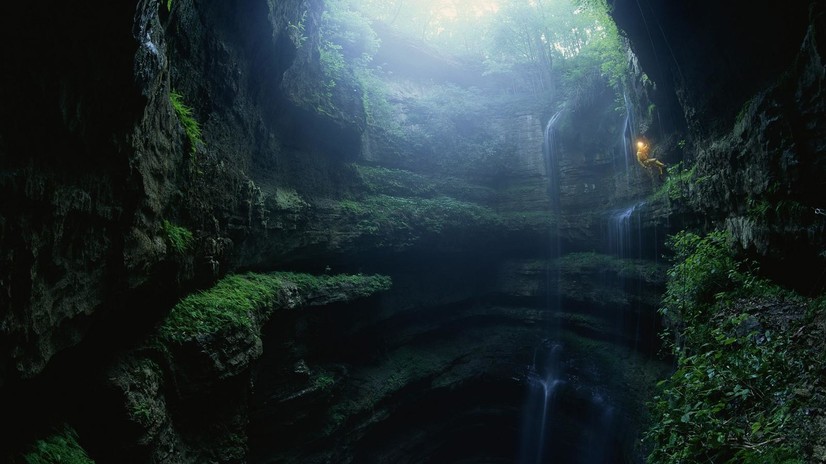 This is also called the Cave of Swallows, and is the largest known cave shaft in the world. Located in San Luis Potosi, this plummets to a depth of 14,000ft. However, the abyss isn’t that unnerving, it is home to an array of colourful birds including green parakeets and swifts.

Fancy a swim in the desert? Head to the state of Coahuila, in the Chihuahuan desert, where a number of underground springs have formed pools and rivers in amongst the dusty arid region. An area of extreme biological diversity, the Poza La Becerra, has been set up as a recreational facility for any travellers looking for a refreshing dip. 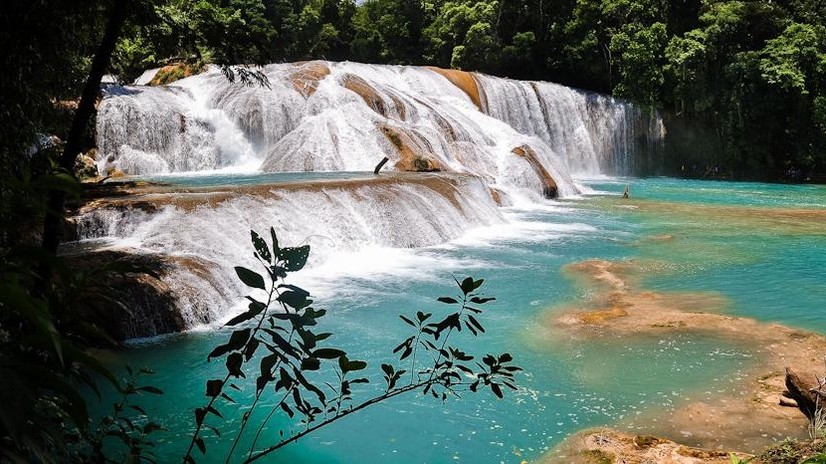 In the middle of the jungle in the municipality of Tumbalá, three rivers have combined to form an incredible waterfall which sees aquamarine waters tumbling down.

Image Credit: By Adrián Cerón (Own work), via Wikimedia Commons

For a different kind of waterfall, head to Hierve El Agua. This petrified mineral waterfall, southwest of Oaxaca de Juarez has bubbling thermal pools where you can enjoy a dip in the magnesium-rich waters.