£409
Escape to the sun-drenched island of Majorca for the holiday of a lifetime surrounded by fabulous beaches, crystal clear waters and a host of great attractions. Take a look at our selection of fantastic 4-star hotels.
View Details

£649
Experience the charming delights of the Balearic island of Majorca with a thrilling getaway in the sun at a luxurious hotel. Browse our top selections for a magical 5-star holiday in this spellbinding Mediterranean escape.
View Details

The largest of the four main Balearic Islands, Majorca is renowned for its lengthy golden beaches. Located off the east coast of Spain, it is the ideal escape for those who need their yearly fix of summer sunshine or wish to try their hand at water sports. Majorca also boasts superb cultural attractions, and so sightseeing there is also a must, with numerous ancient palaces, beautiful old villages and splendid cathedrals to visit.

Things to do in Majorca

For those looking to experience a more chilled-out Majorca, there are gorgeous old treasures throughout the island such as quaint Pollença in the north west, a rural town that hosts many local fairs and festivals throughout the year. If you love to try local cuisine when you visit somewhere new, Majorca boasts numerous open vineyards, olive mills and farms that you can visit to learn about the local produce and try a few samples! Venture to Palma if you fancy exploring the island’s retail offerings, or take in the city’s many fascinating museums and galleries, such as the Museum of Spanish Contemporary Art, the Toy Museum or the breath-taking Bellver Castle complete with its own beautiful public gardens and views across the city and beyond.

Famous for its winning combination of sun, sea and sand, Majorca is definitely a worthwhile place to visit throughout the summer months. The popularity of the island’s coastline is heavily influenced by its typical 300 days of sunshine each year, while the more mountainous regions and the North West are a little wetter, though rain is still rare! Travel there in spring or summer for the dry weather to be almost guaranteed!

You won’t be disappointed with what the magical island of Majorca has to offer when it comes to finding the perfect beach holiday. From long and picturesque beaches with soft powdery sand to beautiful bays and tranquil coves, this enchanting Mediterranean island has it all.

If you are looking for plenty of daytime action, shopping galore and bustling nightlife then the island’s capital Palma is the place for you. This wonderful city is steeped in culture and has several superb beaches nearby including Cala Major, Illetas Beach, Playa de Palma, Ciutat Jardi and Ca’n Pere Antoni.

Alcudia is on the other side of the island and has a host of stunning white sandy beaches. This resort has a more relaxing vibe than Palma and features plenty of excellent bars, restaurants and souvenir shops. Alcudia’s main beach has plenty of appeal to families with a range of water sports action, while Playa de Muro is a short distance away and is quieter and more exclusive.

Playa Palma Nova is a hot favourite with holidaymakers and has a marvellous promenade lined with shops, bars and restaurants. Palma Nova, the island’s first purpose-built tourist destination, is a very popular resort and is close to Magaluf, a bustling resort which attracts a young crowd who like to party from dusk till dawn and features its own sandy beach.

Port de Pollenca features a fantastic 1.5km Blue Flag beach which is overlooked by the captivating Tramuntana mountains. It has plenty of appeal for families craving a feast of fun in the sand with water sports and boat trips for your pleasure.

Cala Varques is a delightful sandy cove on the island’s eastern coast which lies between Porto Cristo and Porto Colum. If you are looking for a tranquil escape and somewhere to unwind and relax, this idyllic hideaway is a little gem. 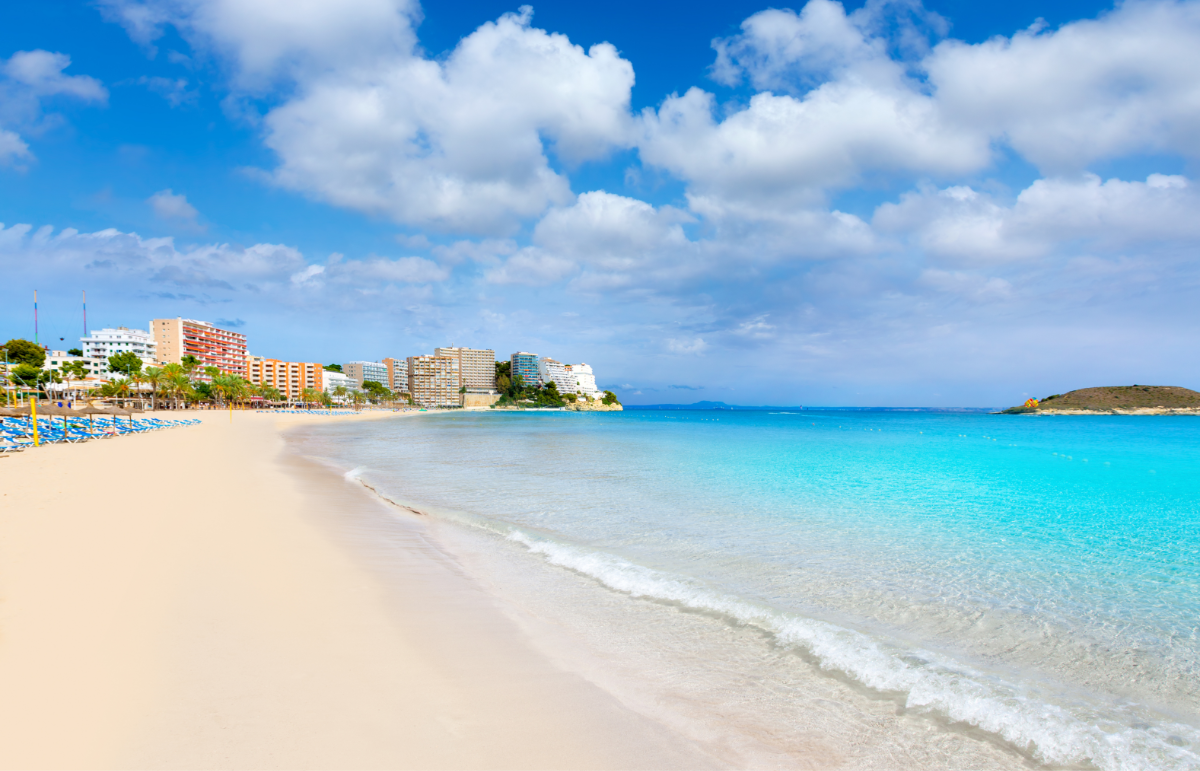 Events And Festivals In Majorca

There’s something going on all year round on Majorca when it comes to festivals, fiestas and special events.

From traditional island fairs to elaborate religious festivals, the people of Majorca love to host celebratory events. Here are some of the main ones.

Procession of the Three Kings

This festival is a wonderful family-oriented event which features the arrival of the Three Kings from the East - Gaspar, Melchior and Balthasar - into Palma on camels to distribute gifts to children. The colourful event features beautifully-decorated floats, as well as a myriad of entertainers and musicians.

This is held the day before Saint Bernard's day in August. This fiesta gets underway with a pilgrimage from the Placa de Cort to the Monastery de la Real. Activities include a traditional mass which is followed by a huge open-air celebration featuring plenty of folk music and dancing.

A series of carnivals, fiestas and street parties are held during February and March across Majorca to celebrate the beginning of Lent, with the largest of all being in Palma.

The patron saint of Palma, San Sebastian is honoured with concerts in the old quarter of the city and bonfires, barbecues and other events elsewhere in Palma.

This is a charming festival in Majorca which takes place in September. It is held in honour of the Virgin Mary and begins with a colourful procession which is followed by a mass in the church of Saint Miguel. The festival concludes with an impressive programme of folk dancing and music.

This is one of Majorca's most popular festivals and takes place in June in the Parc de la Mer during the fiesta of Sant Joan. Huge bonfires are lit and dazzling fireworks display mark the start of the island's programme of summer fiestas.

What to eat in Majorca

There are several fabulous local dishes to be savoured in Majorca, with many of them based around vegetables, fish and pork. They are flavoursome, nutritious and often prepared with a healthy helping of garlic and olive oil.

Tumbet is similar to French Ratatouille and consists of layers of red peppers, aubergine and potato which have been initially fried in olive oil. A layer of tomato which has been fried with garlic and parsley is added to the top to complete the dish which can be a standalone meal or accompanied by fish or meat.

Coca Mallorquina is flatbread dough topped with fresh vegetables and is similar to pizza in appearance. Among the vegetables most commonly used in the preparation of this delicious offering are peppers, asparagus, artichokes, swiss chard, shallots and spinach and sun-ripened tomatoes.

One of the most popular dishes in Majorca is Porcella, suckling pig which is also often the first choice for Christmas dinners on the island.

Sopas Mallorquinas is a thick and wholesome soup which features many vegetables which can include cabbage, beans, tomatoes, garlic, onion, potato, carrot, spinach, cauliflower and courgettes.

Cocarrois are scrumptious pastries which are very popular in Majorca and are usually stuffed with vegetables, raisins and pine nuts.

Almonds feature heavily in many Majorcan desserts and they are often used to make delicious ice cream or gateaux.