The Best Beaches in Sri Lanka 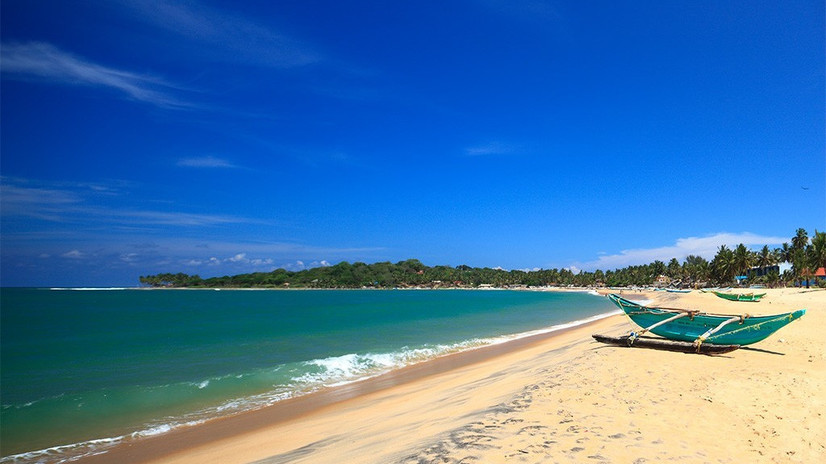 Located off the coast of southern India, Sri Lanka is an island nation that’s packed full of breathtaking scenery, crumbling ancient cities, magnificent golden Buddhas and some of the most beautiful beaches in the world.

But which of these golden stretches of coastline are the best? In this blog post, we explore the very best beaches in Sri Lanka. 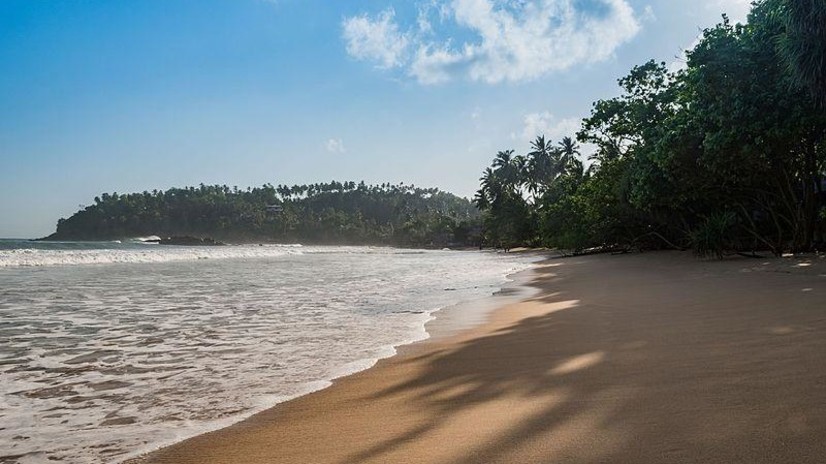 Located close to the southern tip of the island, Mirissa is a beach bum’s haven. Soft golden sands make this a fantastic choice for just laying a towel on the ground and soaking up those rays for the afternoon. Mirissa is located around just 200km from the equator, so you can guarantee that the weather will be hot and the ocean will be warm here.

The great thing about this beach is that the hotels and guest houses that surround it are intentionally set back from the sands, giving beach-goers the impression that they are on a deserted island paradise. It’s also a wonderful place to admire one of Sri Lanka’s stunning sunsets or sunrises.

Located 100km south of Colombo, Hikkaduwa is a large, popular beach that’s suitable for watersports and sunbathing alike. Due to its location in the tourist hotspot, the beach is fringed by a wide variety of bars, nightclubs, cafes and restaurants.

If you’re looking to embark on an adventure during your visit to Hikkaduwa, why not discover life beneath the waves? The nearby coral reef is a wonderful place for snorkeling and seeing some colourful Sri Lankan sea life. The town of Hikkaduwa is home to the fabulous Hikka Tranz Resort by Cinnamon. 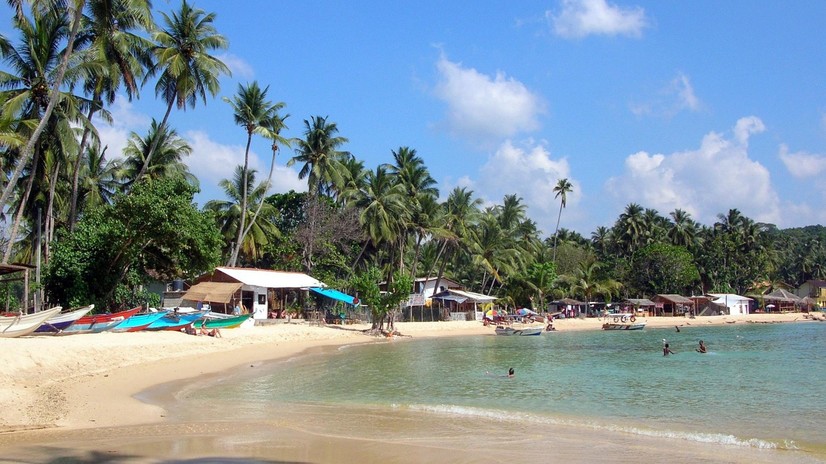 Located on the southwest tip of the island and famous for its crystal clear calm waters, Unawatuna is a great beach for relaxing and sunbathing, but not so great to catch the surf. If you’re interested in seeing some wildlife during your visit, the beach is famous for its turtle nesting and the calm sea is ideal for snorkelling.

If you’re feeling peckish during your time in Unawatuna, you must visit the Thaproban Beach House. Here you can enjoy some authentic Sri Lankan dishes whilst overlooking the Indian Ocean. Era Beach by Jetwing is less than ten minutes away from here by car. 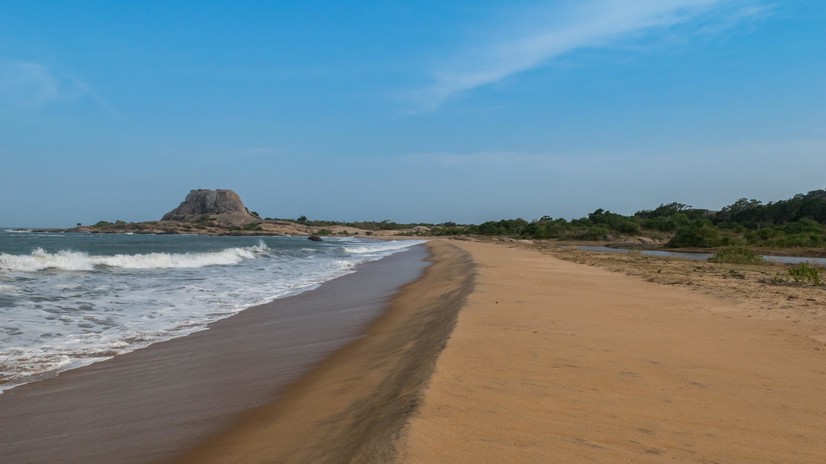 If you’re planning on going for a relaxing swim, don’t head to Yala. Due to dangerous sea currents coming in from the southeast, bathing in the waters of this beach is prohibited. However, it’s a great spot for a romantic stroll along the sands. The beach also features a pretty impressive rock outcrop called Patanangala.

Yala is also famous for its wildlife safaris. See elephants, leopards and crocodiles in the huge animal park next to the beach. Within the park, there are also two important pilgrim sites: Sithulpahuwa and Magul Vihara. Yala beach is located on the south coast of the island. 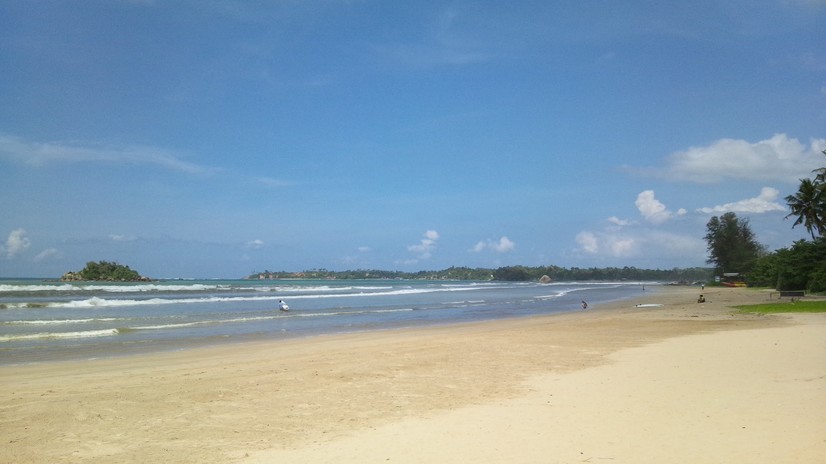 Surfing fans rejoice! Getting in the water at Weligama is safe as houses, as there’s no risk of sharks. Located on the south coast of the island, this beach is a wonderful place to snorkel or scuba dive, as there’s a colourful shallow coral reef beneath the waves.

Witness a part of history during your visit. Weligama is home to a mysterious Leper King Statue, the identity of whom it depicts is not yet known. The statue is thought to represent a king with a horrible skin disease, most likely leprosy, in search for a cure. The Era Beach by Jetwing is just over half an hour’s drive away from this magnificent beach. 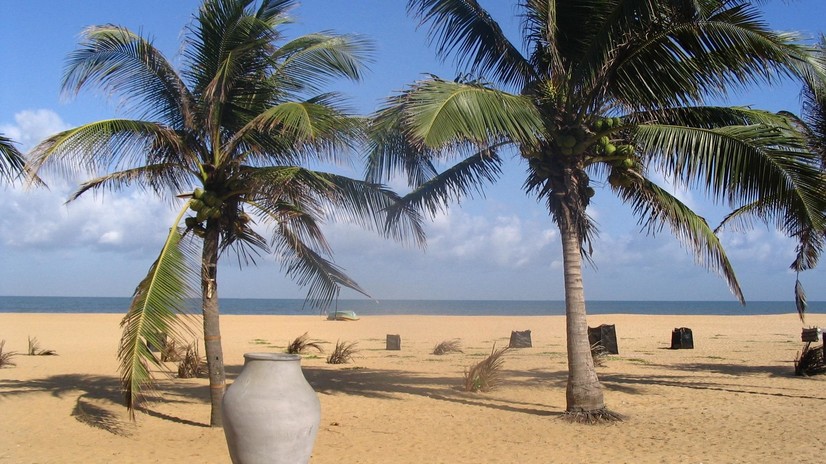 Located about an hour away from Colombo, Negombo beach is perfect for holidaymakers looking for a popular bit of coastline with lots to do. The beach itself features soft golden sands, with lots of little shops selling unique souvenirs and garments.

Venture to the ocean and take your pick of watersports, including kite surfing, snorkeling and scuba diving. You might even catch some live music during your visit! This lively beach is just over half an hour’s drive from the four-star Club Hotel Dolphin.